The road and the miles 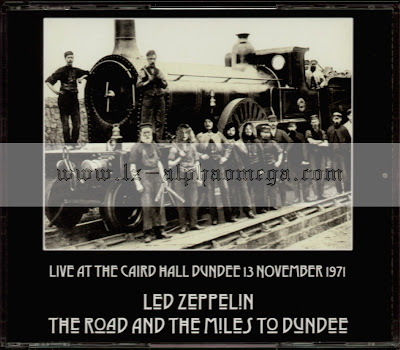 I was (and you may be as well) shocked/appalled/indifferent/suicidal/quite happy/grim faced/philosophical/pleased* (*delete as applicable) to discover this vintage bootleg CD recording of the first proper, grown up gig I ever went to. It's out there on the web somewhere and you can probably buy it if you are mad enough. Some sly Dundonian obviously crept into the Caird Hall with a Grundig battery operated cassette recorder concealed inside his greasy combat jacket and then pressed the play and record key to capture the event on some Woolworths (Winfield) C90.

As I recall the overall noise level in the Caird Hall was at ear splitting level and there was a high degree of riotous assembly going on within the audience. Some chaps with long hair and scarves were smoking Players No6, drinking from bottles and carousing with willowy young women in tight jeans and peasant tops. Perhaps the brave bootlegger stood to one side in some perfect acoustic zone so that the music flowed into the primitive microphone he was holding thus avoiding the mayhem in the auditorium. I presume he managed to avoid the attentions of Mr Peter Grant who would have quietly cracked his skull for such an offence, then again it may have been a roadie who did it as an inside job.

I noticed that the review gave it 2 out of 10 for sound quality and 6 out of 10 for content: no surprises there then. At the very least I'd give the front cover a decent score, I think it may include some older members of the Broccoli family who have sadly moved onwards and upwards since ending their chosen careers, hammering spikes into railway sleepers. 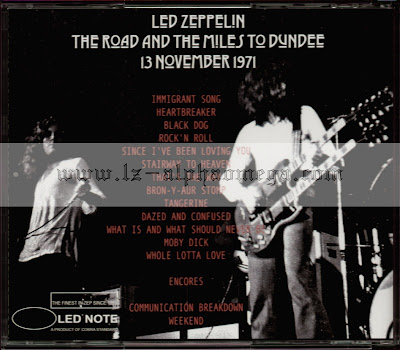 Posted by impossible songs at 7:28 PM
Email ThisBlogThis!Share to TwitterShare to FacebookShare to Pinterest