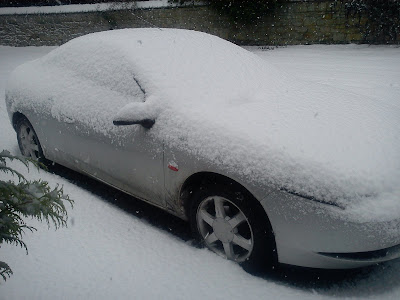 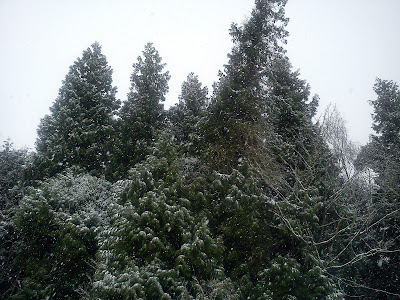 Obvious snowy tree photo.
After abandoning various Sunday plans we couched for a while and then drifted uphill through the snow for a pub tea. Nicely placed in the warm Arms of Duddingston; tried three beers, drank one properly(completely) and pigged on chips and shrimps, Ali chomped on a North Sea fish pie. We returned using the navigational power of magic sticks and the untried Wenceslas method of deep snow walking. This involves singing the Carol in a hearty, trudging fashion and enjoying the heat that "was in the very sod". There was also the issue of who would be king and who would be page. Being a middle aged page didn't work for me, not a great career move in my view. I also resisted the temptation to throw handmade snow balls at the neighbours windows mainly thanks to being in temporary Slovak king mode at the time.
On our return to the ice-house the feuding cats were now at peace, Second Life was being seconded into Third Life (where virtual people build alternative lives on real laptops) and Strictly X-Factor come Jungle was rapidly replaced by an episode of Bones or something similar on Sky 1. The thaw and a brave new dawn is just around the corner according to the Second Life Facebook Met Office.
Posted by impossible songs at 8:45 PM
Email ThisBlogThis!Share to TwitterShare to FacebookShare to Pinterest