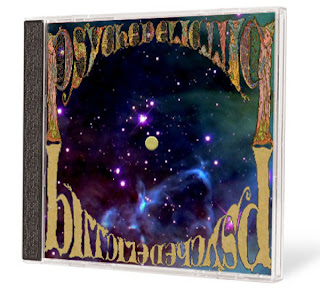 Yes I own a copy and to be honest I was confused by it. That awkward first listening when you fear the worst and revisit the sleeve notes for clues. No big grab effect, cosmic hook or be-jewelled ear-worms. Something that's a one play album, no depth or engagement possible and then filed back in oblivion as a musical relic despite the pretty packaging. If I were truly heartless then it'd be stuffed onto Ebay for £5 along with some stellar hope for the best and a fond farewell in a second hand jiffy bag. None of that came to be. I found something else that resides beyond any music or sound scape, that's a properly valuable experience if you can ever get yourself in there. So if all your life you've been looking for some narrative soundtrack to tell your story then maybe this is it. This Psychedelic Pill. This is what it all comes down to - distillation and focus and a drug called music. The different, slightly disappointing thing that marks you out as just another confused passenger mishearing some instructions and reacting badly at an inopportune moment. All quite normal really. So contrary to what you thought it would been the listing allows for none of the big hitting stuff, none of the classics, those pieces that you thought would define your three score and however many, all set up there in an ever changing imaginary list that's just too fluid to settle into any kind of permanent structure. Then, quite by surprise on the day you die it'll solidify like porridge and shrivel up into the three chosen songs that they play on a bad sound system at your funeral and all the while nobody is listening nor really caring what any of it might mean. That's because your long gone now and it's clearly too late. Anyway it's always about somebody more alive and more articulate than I ever was and they're livin' on trying to express a feeling for you, in a way that you never could. Then again it is completely possible that I just made this up and let my apparently arbitrary tastes fit the model so that you'd be more confused and that you'd never really know quite what was on that list o' mine. It's not that I tried to hide it or that I couldn't be bothered. It's more to do with the fact that it just doesn't matter now.
Posted by impossible songs at 7:52 PM
Email ThisBlogThis!Share to TwitterShare to FacebookShare to Pinterest