Busiest day of the year 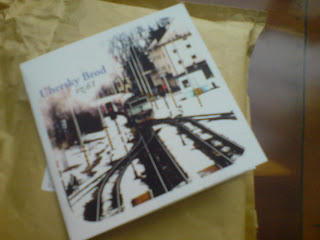 We dug a hole the size of the Titanic.
We scattered stones and graded earth.
We drank beer and toiled under the hot sun.
I put up a fence.
We listened to Aim - Flight 602.
We talked about Uhersky Brod.
We laughed and gulped and were stunned at Little Miss Sunshine.
We ate chicken and salad and sweets.
The world turned some kind of revolution.
Football kicked off in Europe but we watched Dr Who and remained puzzled.
We hummed songs that are not written yet.
The washing machine took an awful beating. We built a water slide with a hose pipe, Fairy Liquid and a tarpaulin. It's hard to get some rest these days and the kitchen was in a terrible mess. The cat's remained laying low on account of a serious amount of small children running about. We waved at a tractor. A huge beetle was discovered along with long worms, they have all been living amongst us for some time it appears. We may well be up to no good. There is a bicycle in my boot. A large Kit-Kat and two phone calls of a work related nature. My grandchildren hosed down my dirty feet and sandals at the end of another epic day out in the garden. The tools were all very useful but the wheel barrow remains my favourite. Lara Croft films are a complete crock, so some people say. Opening Jiffy Bags in panic mode slows the overall process - thank you and goodnight Amazon.
Posted by impossible songs at 11:07 PM
Email ThisBlogThis!Share to TwitterShare to FacebookShare to Pinterest