Indiana Jones and the Skull of Crystal Tips 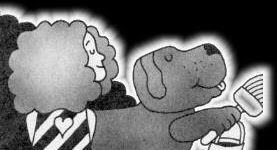 It's a really bad film but it's a really good film in the way that Star Wars III was and James Bond can be and the last Chili Peppers album wasn't. So Indiana Jones returns to the screen older, more tired, not much wiser and with the voice of a 65 year old, grumpy action-hero. The battle is against those eternal enemies of the common American man, aliens and Reds so it's a no-brainer on who wins out...cue the intelligent troupe of monkeys, the indigenous natives with blow-pipes who never win and the ironic prairie dogs.

For Father's Day I ventured out into the wide world (with my thirteen year olds) to view local classic cars, buses, motor cycles, steam engines and general motorized junk from ages past, some of it even older than me, all on show at Lathalmond in Fife. I was in my greasy element staring into restored interiors, under blasted and painted bonnets and admiring huge and tiny engines, all robbed by enthusiasts of the chance to rest at the end of a long life. In the classic car world, once you dodge the compactor it's an eternal life of shows, pampering, waxing and no road tax for you. What did I like best (apart from yet another buffalo burger and a melting 99)?

A gleaming 1969 Wolseley 16/60 exactly the same as my first car (but it never did gleam).
Seeing open ended buses and describing to my kids how you could leap onto and off them while they moved - exhilarating and dangerous as I recall.
A VW micro bus in Irn-Bru colours - oh yes I want one.
A yellow Ferrari Dino - not really practical at all.
A Triumph Tiger motorcycle (not unlike my first mc).
A great, puffing traction engine that smelt like some kind of weird coal burning heaven.
3 Ford Mustangs in a row.
An old green lawnmower and a red pedal car.
Posted by impossible songs at 9:16 PM
Email ThisBlogThis!Share to TwitterShare to FacebookShare to Pinterest