A few things are wrong 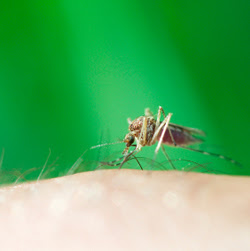 A few things are wrong with me, primarily physically (but you can never really know the root cause of anything) and mainly minor. Most irritating is a mysterious tiny red blob on the ball of my foot (thankfully not the foot of my...etc.). I'm crediting this new crippling and annoying red mass to an insect bite of some kind. Insects being small and only able to bite or sting are of course easy to blame for things and because of their inherent creepy crawly nature deserve all they get. Anyway I think I must have stood on this one a few days ago in the garden and now it's getting some horrid revenge from it's tiny unmarked grave somewhere in the sole of my sandals. I'm sure this could be seen as some kind of Karmic thing - if only I believed in the power of Karma.

I also cut my finger by absent mindedly picking up a sharp kitchen knife that was hiding in a tea-towel, that little nick hurt like Hell and nearly caused me to forget the Pop-Tarts (another burn hazard - see my long suffering right thumb) and the boiled egg (pick those mothers up hot from the pot and split them with a knife = more pain). Perhaps kitchens and sharp objects are best avoided when you're in a spiral of self induced pain production. The good news is that I seemed to manage to go all weekend without banging my head on anything, falling down the stairs, hurting my back by looking too long at a spade or getting a paper cut.

I should also write a bit about Strimmer injuries, flying stones, thorns, nettles and "objects d'art" that fly up and pepper your legs and goggles and embed themselves in any exposed flesh. Yes I have learned to wear goggles and despite the head strap cutting the blood supply to the brain (not always helpful but the cause of colourful, happy hallucinations), my sight has now been saved many times over. Protective clothing, though frowned upon in France and other under-developed countries has at least found it's way into Scotland. Thank you B&Q.

Karmic revenge also seems to work on the hurried use of any kind of Sellotape. I've noticed that the more urgent the need to wrap a gift then the more difficult it can be to find the end of the tape. Of course many modern aids exist that should prevent this from happening (a sonic screwdriver?), sadly we don't have any. Our strategy is to have many rolls of tape, all stubbornly stuck at the point where their ends have disappeared into some invisible mass of tape that cannot be found and attack the roll with scissors. The other deciding factor in this is how recently you have cut (to the quick) your fingernails. This drastic pruning of said nails happens a few hours after a black finger nail experience (previous posts) and then renders any Sellotape manoeuvres completely off limits. I will not give in to this and reserve the right to rebel against these cruel universal rules which frankly must be the fault of either the fervent prayers of Muslims hoping to confound the infidels or a direct result of my bad thoughts about the hysterical and nonsensical headlines in the Daily Mail.

Posted by impossible songs at 9:01 PM
Email ThisBlogThis!Share to TwitterShare to FacebookShare to Pinterest