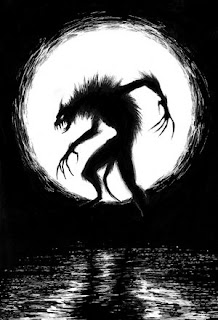 After two nights of wrapping Christmas presents I was starting to get ragged around the edges, in the mind, with the sticky tape and to make matters worse my knees were sore. I'd also realised about 24 hours after Ali had said it that as a general rule presents should all be wrapped in the same paper according to the recipient. Some how that plain piece of packing truth and logic has eluded me all these years. Like most men I thought you used the nearest, handiest sized bit of paper and then moved on to the next pattern. The resultant uncoordinated effect somehow enhancing the Christmas experience and bringing great joy and so on. Once this festive light penetrated my brain a new and well blended school of packaging emerged - apart from the stuff I did yesterday which does have a certain chaotic charm to it.

Chaos is common at Christmas, in shops, on the road, in peoples houses, on TV, in schools and workplaces. Everybody (apart from you non-Christmas weird folks) is contaminated by this festooning madness and desperate attempts to some how gather together a never ending list of gifts, quaint and inedible foods and random shiny objects. I succumbed to the lunacy many years ago and a masochistic and truculent way enjoy the whole thing: Christ bringing chaos to the world, none of what happens ever being quite what he must have planned or hoped for. It shows how far people can deviate from some simple ideas in just a millimetre of time - and heaven on earth is as likely as peace on earth.

Hallelujah is the Christmas number one, sung soulfully by a decent young singer from X-Factor but totally ruined in the sanitizing process. Shrek and dead boy Buckley gave it a new context and now it has truly been kicked into broadcasting oblivion in the worst way possible. Can you imagine Chav families squatting around their walnut stereo-gramme or head expanders and puzzling over what those lyrics have to do with Christmas? God knows it'll turn up on all the Chrissy compilations from next year on and along with Mad World just to add another layer of theological and unthinking chaos to the mix. Mr Cohen's pension fund will however get a nice little boost in January. 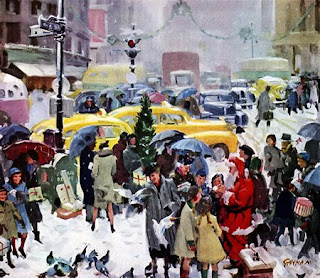