This is not how I am 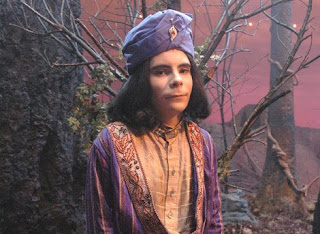 Listening to Ross Harper from the Scottish Green Party would make anyone want to run out and buy a diesel helicopter (see Pigs from Uranus - Oz circa 1970). He spluttered and stammered through a radio interview this morning whilst watching the traffic cross the Forth Road Bridge. His comments on the plans for a new road bridge included the classic lines, "I'd spend shed loads on money on ferries from Kirkcaldy and Burntisland" and "I've been here for five minutes and I haven't seen a single bus cross the bridge". As a regular road user crossing the bridge at the same time I could see three heading south, and blue lighted ambulance stuck in traffic and a traffic jam backed up to Masterton but he doesn't think we need a new bridge. His other sage like advice was based around investing more money in the stupid, creaking and unpopular public transport systems (that have plainly failed) which he somehow expects to run across two bridges that are approaching the ends of their working lives, both will ailing infrastructure.

As for the Liberal Democrats, I've just experienced the consequences of their ill informed rantings in a very personal way. With no idea about factual validity or the consequences of their actions these loose cannons continually blow meaningless but annoying smoke up their own arses and into decent peoples faces via a media system that can't differentiate between actual news and wispy opinions. Thank you very much.

On a more constructive political note I quite like "Wee Eck" Salmond's choice of Christmas card this year, an oil painting of a pillar box red trawler parked in MacDuff harbour. Bully boy Salmond's taste is ok with me, however he may well have missed the ironic twist of displaying a sea fairing image less to do with fishing and more to do with money laundering, drug and cigarette smuggling and the passage of illegal immigrants. I suppose since the EU screwed the fishermen they've not a lot of choice. I'm ready and waiting for my card to be delivered any day.
Posted by impossible songs at 6:06 PM
Email ThisBlogThis!Share to TwitterShare to FacebookShare to Pinterest