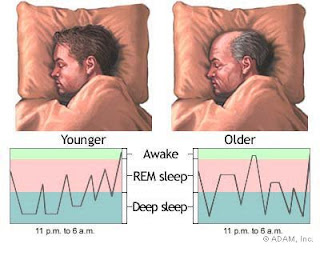 Over soup and sandwiches today that eternal, compelling question once again arose, "Why is it difficult for old(er) to stay over at your/our/anybodies house?" I've just returned from a night of couch hoping in Aberdeen and thankfully it doesn't seem odd for a chap of my somewhat stretched out years (cat age of 254) to spend the night on the couch. In other parts of humankind it's unthinkable, as if older people have strange and elaborate sleep needs and rituals that can only satisfied in a familiar and controlled environment. Perhaps they sleep upside down like bats, or in coffins, or they need hourly injections of milky drinks and the use of free flushing toilets - all night. Whatever way I'm not there yet, perhaps a full and frank initiation is carried out a benchmark ages like 60 or 65. Of course Charles Dickens the inventor of Christmas, class wars, misery and pre-electronics radio always had to sleep in a cast iron north/south facing bed in order to benefit from the earth's magnetic forces washing over him - there may be more to this than I realise.

My phone's not here yet despite a series of long calls to the sub-continent, refusal by a telephone company to text delivery details, befuddlement at the anomalies in the post code database and me being "in" at the time of delivery (but the delivery company say I was "out"). Was I in or out? Do I really want to have to learn to work another phone and horde another box, charger and instructions in a drawer, all "just in case"?

Mr Cougar suffered a dislocated mirror thanks to an undocumented street incident in the area of North Anderson Drive, Aberdeen. The culprit may have been stumbling junkies, weary football fans after a day of delight in Inverness, dog walkers daydreaming, old people sleep walking or aliens looking for samples, I'll never know. Ford's designers didn't quite get that part of the project right and added in "snap-off" mirrors instead of folding ones (like every other car on the planet), Duh! I only noticed the damage when leaving the fair city so a quick pit stop repair was called for, thankfully it snapped back on and none of the electrics suffered.

Replacement mirror not required: This time.
Posted by impossible songs at 3:53 PM
Email ThisBlogThis!Share to TwitterShare to FacebookShare to Pinterest