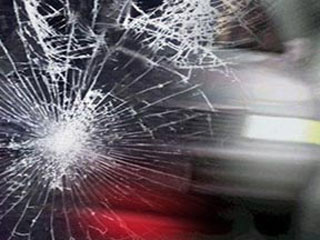 Sneezers: Following on from the proposed yawning while driving ban there is a further option to include in this keynote legislation a “sneezing while driving ban”. This is designed to prevent germ ridden drivers from passing their spiky blue bugs onto passengers and the velour upholstery when they sneeze within the confined space of the vehicle’s cabin during any car journey. It’s also intended to prevent the numerous traffic accidents that occur in those few seconds when, in the act of sneezing, eyes are closed tight and any semblanceof normal physical coordination stops. During these critical moments the risk of bird strike, rear ending the car in front or swaying into another busy traffic lane or hapless cyclist is increased by a factor of 17% according to recent studies carried out by the Fellows of the Aberdour University. £100m in ex-Westminster funding might be released to allow the construction of special “Sneeze Zone” lay bys on Scottish trunk roads, the A90, A92, A9, A81 and so on. On motorways drivers will be advised by flashing overhead warning signs to pull over onto the hard shoulder, open their window and sneeze out into the direction of the oncoming traffic.


Professor Finlayson McBeanie from Aberdour advises that this unselfish action will best disperse the cold germs and allow them to fly back to their homes in Norway. A special graphic designed by fun loving graffiti artist and enigmatic attention seeking multi-millionaire Banksy could underline the message for all drivers. The neon telecaster would also be automatically translated into Polish, Hebrew and Esperanto to aid foreign visitors, catering professionals and Welsh tourists. A spokesman for Lothian and Borders Police praised the initiative but also took the opportunity to criticise the inadequate lengths of lady’s skirts and the strange bulbous nature of the modern wine glasses used in trendy bars and at airports.


“Whilst I’m all for eradicating the careless, lazy, anti social sneezers and exterminating those geriatric drivers over 55 who still think there’s a war on I can’t help but feel that the young girls of today might just be asking for it, particularly when driving in  their pink Fiat 500s and hanging around in establishments like the Dome or Whighams in Edinburgh’s more Bohemian districts.”


Lottery: In other news the SNP government has decreed that ugly people should be discouraged from entering the lottery. “Seeing their stupid, smug, winning faces does nothing to uplift the morale of the common man or woman as the case may be. We don’t want to live in a modern Scotland where the ugly and often overweight are seen to succeed just because they can pick a few numbers or happen to do well with the vague and criminally repetitive lucky dip algorithm. What kind of message does that send out to young mothers and the unemployed?”

Football:  An FA Spokesman and occasional Sky Soccer pundit has said that the England Team really needs an English manager who is “old school and knows best”. This mythical foot-balling saviour should come from solid middle England foot-balling stock with a proven heritage of village idiocy, straw sucking and chronic under achievement. The successful candidate should also have no idea what’s in his bank account and be able to get over emotional at the drop of a Morris Dancer’s straw hat or a ragged Spurs tammy. Tick box application forms are available but they are running out fast. A decent salary and the chance to appear on Breakfast TV defending your corner are only some of the smaller parts of the attractive package on offer. Don’t forget that that this year is yet another Jubilee one so no excuses will be tolerated.

Sexuality Geography:  An independent study has revealed that many lesbian and gay couples are living in ordinary houses all across the UK.
Posted by impossible songs at 9:35 PM
Email ThisBlogThis!Share to TwitterShare to FacebookShare to Pinterest