Why is this true? 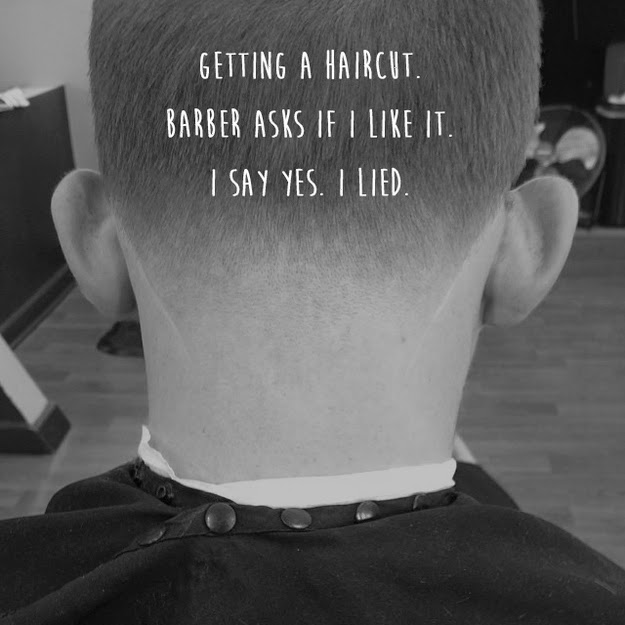 I've never in my life verbally rejected a haircut, they are all fine, 100%. I've never heard anyone in the barber shop argue with the hairdresser in a "no it's not, yes it is way." No blows are struck, payment refused to be made or tantrums taken. All that must happen later, much later, in the cold dark place where the folks with the bad haircuts go...for at least three days, like Jesus I suppose. Then it's ok to return to the world of the average haircut and move freely once again. All publicly taken haircuts are good then and barbers must never receive proper criticism because it never comes; unlike women's hairdressers, dentists, chefs, police officers etc. The thing is you're stuck with your own head (and stuck inside it), it probably looks dumb from any angle and the shape of the hair growing on it (bizarre in itself if you detach from it) can do little to alter your own head's tottering place in an absurd universe. For those blokes with no hair, I guess that's a better situation to be in as the eager years pass, posted missing and well out of the barber's tyranny and loop. There are of course woolly hats with their criminal like dignity, so essential in today's divided Scotland.

Also featuring odd hair, my favourite recent movie scene, the "science oven".
Posted by impossible songs at 11:45 AM
Email ThisBlogThis!Share to TwitterShare to FacebookShare to Pinterest