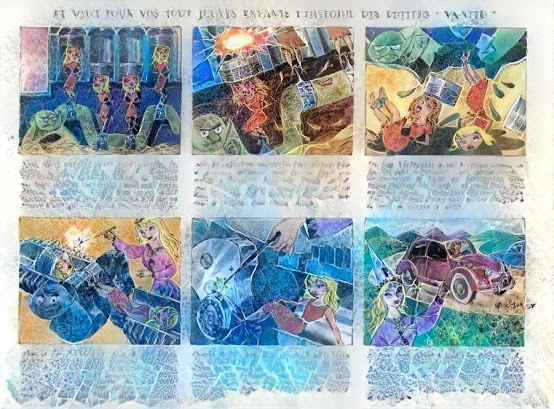 In Bizarro World a four in-line cylinder auto engine is compared with a two cylinder boxer engine. The two cylinder boxer wins out as it has magical properties and runs on some sophisticated fairy dust kind of fuel. Turns out it's soother and more reliable and everybody wants one #BizarroPhysics. I believe that this is the direction that Tesla is now headed with it's latest research.

To the tune of "What if God appeared and said 'by the way it's pronounced Jod' and then disappeared forever". (He may have also whispered under his breath, "a curse on your churches and your cruel and overbearing colonial attitudes towards cultures you don't understand").
Posted by impossible songs at 9:34 AM
Email ThisBlogThis!Share to TwitterShare to FacebookShare to Pinterest