It started life as a field of cabbages 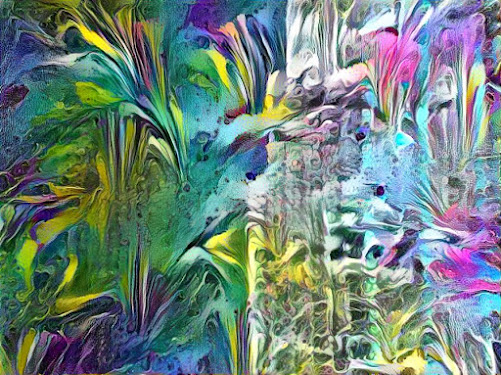 "The drones that flew over were equipped with a special lens. It was developed by NASA, so somebody said. The world is hungry so we need to survey the food industry, the great bread baskets, the green spaces where migrant workers toil as they bury their dreams in the soil. We'll learn something valuable. So we used the special lens. The project leader often spoke about unintended consequences, they get them a lot of the time. When you start to watch things, even from afar the watched thing behaves, well differently. That's what physics tells us and who can argue, I have a degree in arguing and where did that ever get me? There's a pile of evidence. Anyway when it all began it was just a huge cabbage patch sown into the Korean landscape. As we observed we began to see beyond that, there were other levels, other lives and quirks and then came the knowledge that even the light was playing tricks on us. Whatever you think you're seeing, you're not. That's just the thin skin, the superfluous surfaces, the mirror that stares back. Now you need your own lens."

Posted by impossible songs at 9:34 AM
Email ThisBlogThis!Share to TwitterShare to FacebookShare to Pinterest