Jolly Penguin and his pals 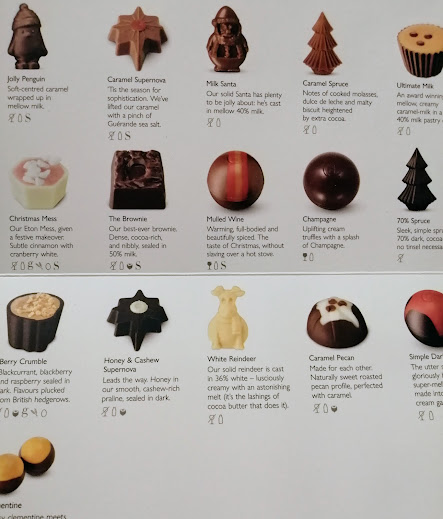 It could have been Noggin the Nog in the form of sweeties but it was not: Always a pleasure, never a chore, the ceremonial demolition of the Christmas chocolate boxes began earlier than usual this year. Blame Covid and a lack of social life and decent TV I suppose. The bar was set unnaturally high with this massive single tier offering from some Hotel chain somewhere that is apparently constructed mainly from chocolate. Quite a claim but one I would not dispute. Taking a measured approach to this challenge we worked steadily through it and deliberately did not scoff the lot in one binge watch or rainy evening sitting. It took a little longer (which was worth the mild frustration) but now it has been picked clean. The happy vultures were agreed that this is possibly the highest scoring selection already and we don't even know what is yet to come. Hail the Jolly Penguin and his brown and white entourage, as Alan Partridge might say. 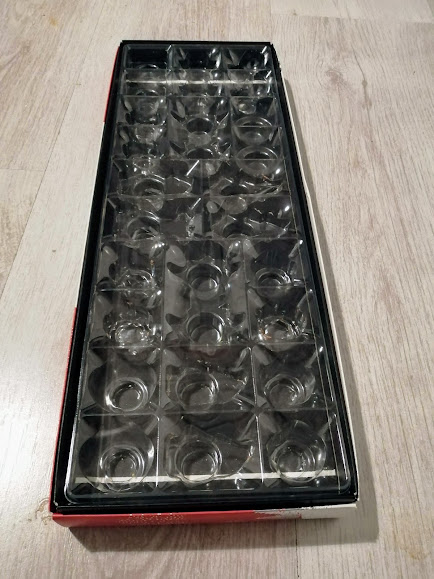 The carcass, picked clean.
Posted by impossible songs at 8:00 AM
Email ThisBlogThis!Share to TwitterShare to FacebookShare to Pinterest