Dreary but not sorry 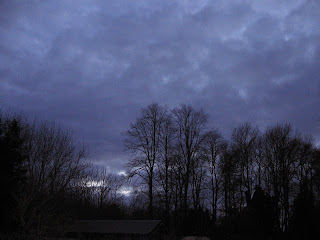 Bought a new appliance lately? Some marvellous piece of white good, quite good engineering wonder with a funky name. A box of Chinese components assembled by Turks in a Polish factory and recommended by a middle aged ex-supermodel who insists all washing should be done at 30 degrees – to save the planet. If only it was all that simple. I suppose the good people of Tewksbury and Gloucester are currently kicking themselves over the amount of washing they’ve done in their life time at +40, that and the Easy jet flights to Spain and the Marks and Sparks deserts. Appliances should make life easier of course, tiny robots, unable to walk or talk but kind and benign and understanding of our so subtle human needs. A dish washed here, a sock dried there, some background music, a warm radiator, and a fiery pop-tart, a microwaved bag of Basmati rice or voyage into Facebook on your laptop. Well I’m not voting against appliances, perish the thought, it’s just the way they only ever last for five years or so in normal use and then give up the ghost like some mechanical lemming. If we’d made things that lasted then just maybe we’d actually consume less and somehow put a little more good stuff back into the environment instead of more fumes, landfill and junk.

It used to flood all the time and Bangladesh and register with us for about sixty seconds on the news then disappear up some laughing celebrities’ sleeve into the next TV programme, now the chickens are coming home to roost. Anyway nobody under thirty and on less that £100k a year can afford to buy a house in the UK these days, unless it’s on a used up American air-base. New Labour and the grasping estate agents and banks have put paid to that dream so let’s just keep building these unaffordable timber and breeze block temples to modern bad taste in their thousands across the flood plains of Britain and wait and see what happens next.

I know little about cats. I have lived under the same roof with a big one now for five years or so but it hadn’t occurred to me he’d once been a kitten and what that might have been like. Now that we have two kittens in the house I am starting to grasp the complexity of cat ownership. Kittens are insane, almost suicidal bundles of unending energy that jump, climb and cavort in the most madcap of ways turning your home upside down in the process. Two young dinosaurs loose in the house would probably have less impact than these furry fellows as they rampage across everything, chasing each other, bits of fluff, their tails and anything that makes an unexpected move anywhere within their radar. God love the little darlings.
Posted by impossible songs at 9:30 PM
Email ThisBlogThis!Share to TwitterShare to FacebookShare to Pinterest