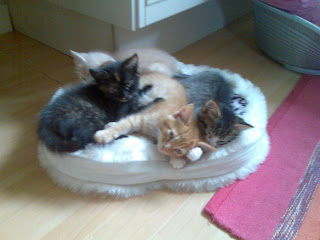 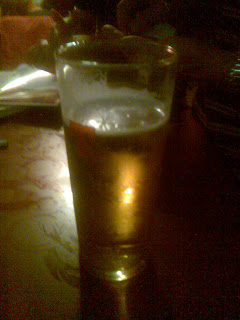 Confessions of a shandy drinker

Yes it’s true I do quite like a pint of lager / lemonade shandy now and again. Ok I know it may be a little Charlie Drake or Ernie Wise, British as a fish supper wrapped up in the Sun and eaten on a Brighton beach bench but it’s ok. Shandy is cool and, apart from the experience of ordering it, is not at all scary or unmanly (I don’t think). Last night I had two pints of the stuff without breaking out or breaking down. What I don’t much like is the way you get charged £2.70 for a pint of the urine coloured fizz, I just don’t get that at all.

Harry Potter and the flight of the phoenix five.

A visit to Edinburgh’s Ocean Terminal allowed us to view the latest HP adventure on the big screen. In contrast to the writers of some of the two and three star reviews I’d read I enjoyed the film. Nicely dark, stilted and jaggy in places, cut abruptly and too much plot for too little screen time but still pretty entertaining (I guess this means I didn’t fall asleep) and all at a crashing pace. The Irish mystic Luna with her continuity challenged hair extensions was my favourite character, brave, bullied and some where beyond the scale on the plain / pretty category. In cinema food terms Ben & Jerry’s strawberry cheese cake is good but doesn’t quite match Hagen Daas at the Odeon.

The Amazon owl delivery was 36 hours late but finally made it without crashing into any trees or slipping in the mud. I waved to the driver on a narrow piece of road and predicted the nature of his cargo. The avid reader devours the book in no time at all as the kittens look on in hungry, puzzled amusement. By six o’clock the Deathly Hallows was read from cover to cover and all the unanswered questions answered. I may trudge through the same 600+ pages during the next few weeks, you can never tell – It’ll take a few glasses of wine and some Fruit Clubs (Jacob’s) to do the trick for me.

...we pray the weather gods will let us of lightly as we participate in the 397th Aberdour arts, music, and donkey brae running festival in the picturesque Fife village of Aberdour. Our trusty PA and a tent as big as Billy Smart’s top hat will be on and in location from 1100 on Sunday the 29th at the Silvery Sands on the bonnie, bonnie banks of Fife’s No1 estuary, the Forth of Fifth. Playing along will be: IMPOSSIBLE SONGS, TOMMY MACKAY, CLOUDLAND BLUE QUARTET, UHERSkY BROD, JAMES WHYTE and BRIAN McGLOUGHLAN. A suitably harmonic racket should ensue in order to entertain all and sundry.

Clint and Smudge have arrived to lodge with us until the end of time. At 8 weeks old these cheeky scamps are full of mischief and kitten biscuits and life will never be the same. A slight diplomatic incident did break out between Syrus and his new chums and the UN have sent in a special negotiator in the shape of “Coffee an-an Jaffa Cake”. Syrus tried to negotiate his own terms of endearment using the three blind (dead) mice as a bargaining tool (as he does most Sundays). Clint and Smudge were having none of that and continued playing with a feather on a stick and attempting back flips from the couch whilst ignoring Syrus – as if he really cared.

Posted by impossible songs at 6:45 PM
Email ThisBlogThis!Share to TwitterShare to FacebookShare to Pinterest