Scotland: Cut down in it's prime 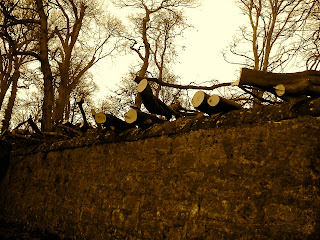 698 Gregorian years since a victory over the English, that's history etc. So why keep on keeping the score? Alex Salmond is someone who can only be described as indescribable. I've watched his antics this week and been appalled and embarrassed in equal measure. His crowing cackle, bulging eyes and whining voice, his warped self belief and his evangelical sense of purpose and artificial empowerment are staggering and irritating. Worthy of a bad Orson Welles character portrayal and in some ways asking for an assassination bid from the lunatic fringe of lunatics out there somewhere. I know that I'm seriously temped to throw any convenient heavy object at our under perfoming HD TV whenever his smug mug appears. Conveniently and as I was working on the south coast of a place called England this week I was quizzed by some bemused local inhabitants about the SNP's plans and purposes. Nobody down there gets it other than seeing it as a back door plot to have two future proofed Tory governments operating between Scotland and England – a cunning, subterranean plan to wrestle power from dimwitted leftish wingers forever, connected by a mixture of high speed and low speed railway systems.
Posted by impossible songs at 9:23 PM
Email ThisBlogThis!Share to TwitterShare to FacebookShare to Pinterest