They came from outer space 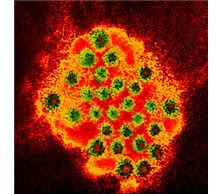 It's been one of those days, one of those grey Mondays when strange viruses decided to visit the planet and launch some kind of pre-emptive strike against us. At times resistance seemed futile but valiant attempts at counter attacking were tried and then became tired out. Our weapons were a mixture of creamed yogurt, fizzy drugs, hot water bottles and a liberal amount of optimism. Some of these things used  individually may work but maybe not all of them at once. Some folks, those of a medical persuasion, call it Norovirus, I've no idea why.  Anyway we know the great alien, long armed, red, green and silver creatures are still out there, stalking us amongst the shattered ruins. Little do they know that we're in a safe place underneath the stairs and that our own special little virus is waiting for them.
Posted by impossible songs at 8:33 PM
Email ThisBlogThis!Share to TwitterShare to FacebookShare to Pinterest