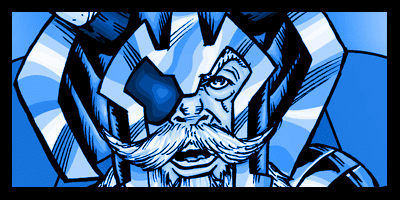 Vince Cable, the wise old turnip of the coalition has via a top secret Tweet and also by Facebook posts called upon the Great Norse God Odin to split up the Royal Band of Scotland by means of a mighty thunderbolt. Vince hopes that an accurate strike by the supernatural deity and comic strip hero (but only in a back story manner) will enable RBS to be turned into a “new business bank”. Each lightning hewed third will function in a new and revolutionary way that will herald a brave new world of both banking, idolatry and heathenism. The three sections will operate as follows:

Domestic and local – this part will operate local banks and cash machines and do pretty normal banking type things for ordinary punters and the elderly. There will be no scripted sales patter, stupid TV commercials, baseball caps and useless community schemes or branded flying boats and buses chuntering about the countryside. People with a passion for sheep, flat caps and the sporting of smug grins will neither be employed nor allowed to be customers any more. A “no patronising zone” will be created in each branch along with a special area exclusively annexed for occasional human sacrifice and business presentations. Bank premises set in romantic looking, tree lined locations will be sold off as Youth Hostels to Polish investors and speculators. Thor, God of Thunder will be the General Manager.

Investment and speculation – this will be the (much reduced) money making part of the bank and will invest cautiously and wisely in nano-technology, emerging indie bands, healthy fast foods, time-travel and gold mines. No one under the age of 50 will be employed and bonus payments will consist of interesting used cars and classic movies on DVD. Formula 1 will still be sponsored but only at a Scalextric level. Loki, God of Mischief and Mayhem will spearhead this operation.

Virtual – this area of the bank will invent madcap money making schemes (at zero cost) and will sell them on to eager Nigerian and Kenyan businessmen and Chinese and Brazilian gamblers. The remit will we to recoup the squillions of pounds and stuff that's spread out across the developing world and the Internet that RBS either gave away or stupidly lost. The maxim being “if matter cannot be destroyed then the cash must be out there somewhere so let's just get it back.” Tyr, God of War and Vali, God of Revenge will run this as leverage partnership with technical support from Snotra, Goddess of Prudence and Nasal Congestion.

It is hoped that 82% of the 82% that is owned by 82% of British taxpayers will be repaid at 82% interest after 82% of the transformation is completed in 82 years. In a separate “rewards” scheme customers with the most creative name or signature emblazoned on their bankcard will receive a digestive biscuit dipped in a carton of mango yogurt. Yum.

Mr Cable also said that the government had only responded to crises after they happened and should really start a few themselves and give themselves a good shake in order to better keep up with what the hell was going on, the reorganisation of the mighty RBS would help in this venture. Downing Street has however said that it does not comment on leaks, comic strip heroes, Jack Kirby artwork or correspondence between Ministers and those inhabiting anti-matter areas outside of mapped space beyond the known universe or the Eurozone.
Posted by impossible songs at 9:47 PM
Email ThisBlogThis!Share to TwitterShare to FacebookShare to Pinterest