Panic in the streets of Abercorn 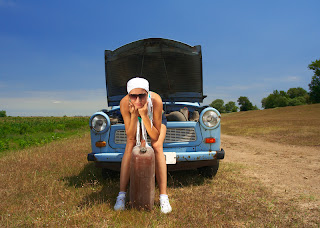 This government's speciality is the release of the monumental lie coupled with the media smokescreen moment followed by a fiery attack of the socially dysfunctional dragon of "unfairness" (or worse, attempted cornball "fairness").  As we all amble down Gasoline's potentially empty alley one more time this blog post sums it all up quite nicely.

Meanwhile I'm out in the garden planting broccoli and lettuce so that when the great salad and vegetable shortage is announced in June we'll not only survive with a healthy diet but will make a handsome profit selling good wholesome greens to the poor souls without gardens, disposable incomes or who are too lazy to dig...that's just what the Francis Maude's and David Cameron's of the world would want us to do.

I've taken advantage of the warmish weather and  been out in the garden building a second trampoline and also dismantling the first one, it had been found wanting. The whole thing was a profound exercise in the art of swearing and cursing both internally and externally, I managed to shave some skin from my knuckles and thumbs for good measure and sweat just a bit more than usual. Thankfully my youngest son was around to assist and provide a stalwart support during operations as well as keeping me right by actually following the instructions. Of course now it's all over and we can relax; the old one's been recycled and turned into a Skoda and the new one sits, pristine, green and ready for the playful bouncing attack of generations to come while the summer BBQ smolders wistfully  in the distance, I won't be lighting it with any precious petrol either.
Posted by impossible songs at 7:12 PM
Email ThisBlogThis!Share to TwitterShare to FacebookShare to Pinterest