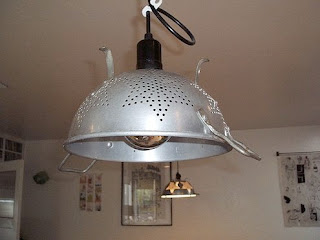 Tonight I heard a gentleman on the radio describe himself as a "Chippie from Wolverhampton going under the pseudonym of Glen Lampshade". It seems all his pals on the building sites where he's employed adopt odd names for themselves to alleviate the boredom generated by hanging out on such sites, their associated trade activities and the inclement weather that goes with the task. It's good but not great. He was also struggling with the dogs that lived next door and their constant barking, he was on the edge. Every so often I listen to Radio 2 in the evening, so far it's led me to Elbow, the Fleet Foxes, the Felice Brothers, Josh Ritter and Percy Plant, now I've landed up with Glen Lampshade at the dawn of his career. It's not been a bad year really.