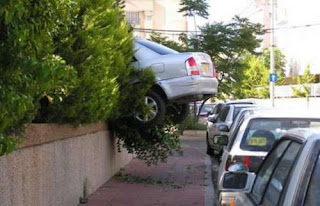 Following on from the little shunt a few weeks ago that resulted in Mr Cougar getting a new front wing and five night's B&B a kind of silent parking paranoia has crept over our lives like a crawling weed or virus. The main cause are those we refer to as the "Churchy people". These itinerant visitors come to the local "Churchy" events next door and quite naturally park their cars in the area around our house. It can get busy and as it's not well lit, not really surfaced and many of them are old (in a good way), so there is it seems a high chance of further unplanned events taking place. It's not of course surprising that the good people of the congregation when coming back from another riveting and inspiring service might have their thoughts placed elsewhere and not on driving or reversing out of parking spaces. They are thinking about the glorious path that their church is on, their missionary lives in a hostile and sinful world and what they need to get at Tesco on the way home. Accidents are inevitable in this heady mix of inspiration, kilted and Sunday best chatter, impeccable behaviour and niceness and driving home in the family bus, but we are watching from the window... 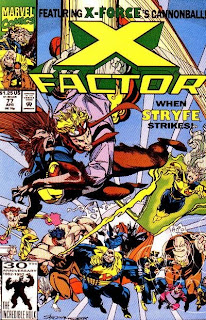 After a month of not drinking I had a few glasses of wine over the weekend, watched a predictable (as ever) X Factor and steamed some vegetables and other assorted goodies for a late tea with various children and grandchildren - the drink produced no adverse effects. I slept well, breakfasted well and have just done a (sweaty) spot of gardening and will be asleep again in about five minutes.

Toad count: Last night two at the back door, one behind the cooker and a rather large one that I locked in the downstairs toilet, it's a seasonal thing.
Mouse count: Three dead in the garden and one dead under the back door mat (ugh!).
Bird Count: One dead under the garden table.
Posted by impossible songs at 2:27 PM
Email ThisBlogThis!Share to TwitterShare to FacebookShare to Pinterest