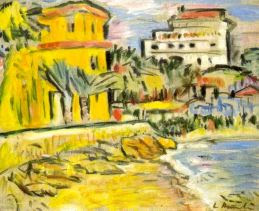 On Friday we spent a pleasant evening avoiding the ever present Edinburgh rain and then viewing the Impressionist exhibition currently running in the National Gallery. It was an eat and greet event with the added effect of at least two trayfuls of drinks hitting the deck thanks some nervous waitering. I had to hold myself back from helping out to tidy the aftermath. I always feel sorry for the students who end up serving at these bashes, shuffling from one foot to the other whilst passing out the food and drink with no prospect of a decent tip from anyone. 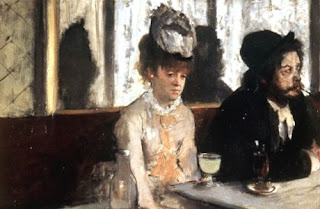 This ugly little number (by Degas) was the painting that most folks wanted to see last night. Bought by a straight-laced Glasgow tailor for £180 in nineteen canteen it caused a "fair stooshie" at the time. The lady on the left may have been of easy virtue and rumour has it that she is a little down in the mouth as her pussy has just been run over by a passing trick cyclist. The poor bloke on the right appears to have been recently expelled from the Russian State Circus Clown School. Not a lot of laughs down the pub that night but at least the free flowing absinthe may have transported the couple to Timothy Leary's garden for a few quiet hours to reflect. 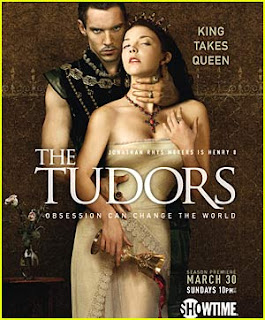 These Tudor guys were bonkers with power if you believe in TV history (which you might as well believe as anything else), drunk with mad passions and a self-belief that's the size of Europe because all was possible for the king and his cronies. Re-write the bible, reform the church, upset the Pope, hack a few skulls open, whack the peasants over the head and keep a harem of footballers wives on the go down in Slough. It's utter tosh but entertainingly shocking and good to unwind to after a busy working week.
Posted by impossible songs at 2:45 PM
Email ThisBlogThis!Share to TwitterShare to FacebookShare to Pinterest