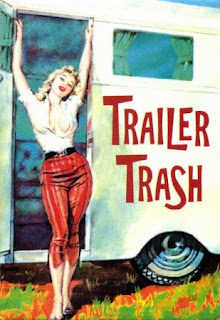 Today we are all a little poorer and further in debt to the public sector and ourselves. The sub-prime market stretched out of shape by ordinary folks and trailer trash has broken up entirely. The little people and victims of the greed within the finance world have brought down the high and the mighty. Like some Biblical prophecy finally come true the world of bad debts and irresponsible lending has collapsed as market confidence is gone, lost for a generation. A true revolution has occurred but nobody planned it and no expert saw it coming, now all that can be done is to mop up the mess and hope for the best. Schools, hospitals, roadways and railways will suffer but we'll never know by how much. The bloated Olympic Games fiasco will run on regardless as if we care about it here in the backwoods. So at some time in the future, in some dark place a clutch of bankers will receive a generous bonus for a job well done - did I say conspiracy?

It's not just money that's running out, today at Birmingham Airport, Hertz ran out of cars. "You'll have to wait an hour for the next trailer load", said the frazzled assistant. I'd had enough of trailer trash at this point and so headed next door to Alamo where cars were a-plenty, some were trashy but they were all drive able. This is capitalism and the free market in action, go out and go elsewhere.

Today's fine-fare: A fair bit of coffee, a chicken sandwich from Costa, biscuits from a red tin, fish and chips in Wetherspoons (and a pint) and odd drops of yogurt. None of these have helped my sore throat but I never expected them to either.
Posted by impossible songs at 10:17 PM
Email ThisBlogThis!Share to TwitterShare to FacebookShare to Pinterest