Perthshire Amber and the rain 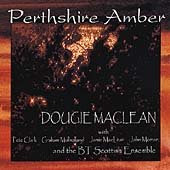 In something of a genre shift for us we played a few songs the Perthshire Amber Festival in Pitlochry today in the rather nice Festival Theatre. The weather was awful but the welcome and the atmosphere were warm and we both enjoyed playing before one of our biggest recent audiences through a nicely tuned and clear PA. Overall the music was a varied mix of traditional and original from a variety of performers, most playing to a pretty high standard. There was also a music lounge and bar for jamming that looked enticing but we didn't have enough time to participate in any of the stuff going on (this year).

We also had a long chat with Jennifer Maclean (the wife of Dougie) about the perils, pitfalls and pleasures of running festivals, something we've struggled with, both in OOTB and South Queensferry Arts. She was very encouraging about our music (as was Dougie) and about the business of festival organisation and management. We left happier, wiser, with some good contacts and of course a little wetter.

The drive up and down was spent in a perpetual haze of grey spray so little if any amber in Fife or Perthshire was observed. At one point heading home (via Freuchie) I hit a flooded part of the road doing about fifty and a huge brown wave of water covered the car front and back, after that I was a bit more cautious in my approach to surface water.

Yesterday we resumed the search for our lost cat Syrus after giving up the ghost about a year ago. A neighbour reported seeing him about 3/4 of a mile away, stalking in and then running across her garden early on Friday morning. So (in the rain) it was back to shouting and clanging on the metal dish, whistling into the wind and shining torches into the bushes. Let's hope we can at least confirm he's ok, if a little wild and possibly skinnier. It is likely that by now he'll be beyond returning to his former domesticated self but you never know, a cold snap may drive him back to warmth and regular feeding, we shall see.
Posted by impossible songs at 8:51 PM
Email ThisBlogThis!Share to TwitterShare to FacebookShare to Pinterest