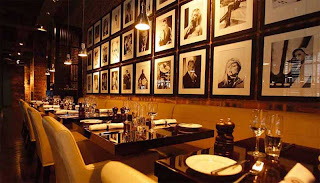 It's a healthy and good thing to change your mind about something, particularly if it's in the positive axis. Before I'd ever been in it I disliked the local Datoka hotel because it was new, big, brash, next to Tesco and the A90 and it just seemed out of place. Now I've been in and around it a couple of times my position has changed, for one thing it's very stylish, for another it really does work well as building. The space is sensibly and usefully divided, the decor is veering towards tacky but fits in well, the materials are rough but the effect is warmth and economy. Black is in there big time and it's serving the environment well.

The actual bedrooms are thoughtfully put together and when compared to hotels in the same price bracket actually quite nice. So I feel a little smug having moved seemlessly from one position to another, proof that my inherant stubborness has a healthy limit and than nothing is beyond redemption. Nothing that is apart from Carry On films, the excessive wearing of sports clothes, monkeys, 1970's town centres, the Lords and those with deep pink to redder necks.

Those goons in the House of Lords have set up yet another cringe worthy performance with the cash for law bending and manipulating revelations. It is scary to catch a glimpse of how arrogant and out of touch a group of people can become when they have spent years in a cosseted talking shop badly running great swathes of this country and lining their pockets in the process. In the other House of course they bellow and argue like buffoons over their black and white views on who is right and who is wrong. Strange how it never occurs to them that finding some common ground, sharing a little clear thinking and the pooling of resources in positive strategies might just help the old country along a bit more than their childish bickering. Two tribes. 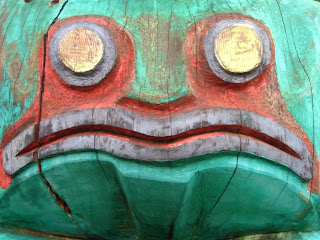 The frog and toad totem pole photo collection goes from strength to strength, how's your's doing?
Posted by impossible songs at 6:45 PM
Email ThisBlogThis!Share to TwitterShare to FacebookShare to Pinterest