Toys out of the cupboard (funk 4) 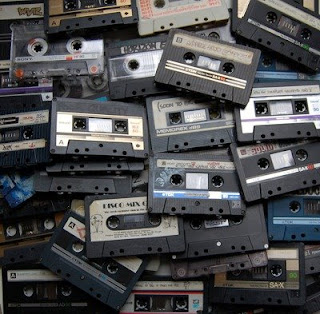 A pile of equipment litters the dining room, almost joined up by imperfect leads and devices looking a bit like the inside of Neil Young's barn after it's been robbed. Pedals and power supplies are lying across the floor in tribute to the failure of the music industry to standardise connections. A guitar waits patiently in the distance eager to rush up to Gm7, D and then back to Amaj for a last hurrah.

As it's January the salmon and home recording seasons are once again open and nothing in the vicinity is safe. The drum loop known as Funk 4 has been edited, reverbed, muted and then topped and tailed, it now lasts a mere 1 minute 30 seconds but in that time it buries the wah guitar with the slight delay and the FX effect that struggles to find four notes. Well done funk 4, we salute you.
Posted by impossible songs at 9:55 PM
Email ThisBlogThis!Share to TwitterShare to FacebookShare to Pinterest