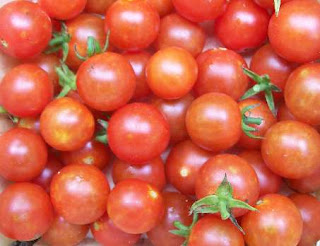 As the sun breaks through t he mists rising from the Firth of Forth and it’s steamy cauldron of toxins and goodness I discover a hidden gem of a guilty pleasure of a random set of food based metaphors re-mixed. Still struggling to emerge from some age endued mist of forgetfulness I rediscover the sugar tomato. A staple of the young Barclay diet, one formed when food was slower, less plentiful and based of a profound working class ethos constructed around eating whatever was available in whatever (almost palatable) combinations could be arrived at. Many of these were a creative mix of the seasonally available, the staples (always some in cupboard at least up until Wednesday) and the opportunistic.

Sugar tomatoes - take a tomato, cut it in half and dip it in white sugar. Brings out a whole new selection of tomato flavour believe it or not.
Tatties and butter - boil potatoes and mash them a bit, fork in butter. Served on it’s own (‘cos there is nothing else to go with it).
Tatties and milk - as above, supped with a spoon in a kind of bizarre white soup form.
Salad cream sandwich (piece) - white, plain bread and a liberal amount of salad cream (not mayonnaise) applied with a knife.
Sugar piece - as above but spread the bread with butter and then dip/lay in sugar.
Tomato Sauce piece - as above but no butter, just sauce.
Biscuit piece - bread and jam sandwich (preferably strawberry) with a digestive biscuit added between the bread slices. Something of a luxury snack due to the generous amount of ingredients.
Sugar rhubarb - as per tomatoes but the rhubarb stick needs to be repeatedly dipped into the sugar.
Neep - (turnip) generally pulled from a field, cut in half and eaten raw.
Cheesy egg - egg broken open, placed in a saucer and baked in the oven covered with cheese. No obvious reason for this at all.
Stewed tea - tea that is repeatedly boiled and then served with about three spoons of sugar and no milk.
Coffee - served with Carnation evaporated milk and sugar - usually from a very small Nescafe tin or from the infamous “Camp” coffee and chicory bottle.

Silver screen near you needs Silvo.

It’s almost been a year since I’ve visited a cinema of any description. That’s not normal behaviour for me but on reflection there are compelling reasons, well maybe one big reason, no films I‘ve really fancied. The new city centre/shopping mall or out of town, big shed cinemas have all the soul and attraction of a 1960s canteen, tawdry carpeting and fittings, ghastly and expensive food, assistants who don’t grasp the concept of assistance and a programme of films that always include puerile advertisements and tedious trailers. Strangely I don’t miss really going and neither does my wallet albeit Star Trek may draw me back, purely for reasons of inverted nostalgia of course.

More gloom and ill vented dissatisfaction in today’s Sunday papers, at least the bankers must feel like they are getting a break from being pilloried and maligned. It’s like some huge universal rotation is going on where different groups enjoy a week or so of being the pariah and whipping boy for the world (a small corner of it, and one than fails to register in China). Meanwhile the real criminals, arms brokers and fixers rummage through and feast away on the rich scraps and tender morsels that remain hidden by the other’s unfortunate self generated smoke screen. Next up will be civil servants, social workers, French fisherman/truckers or farmers and then possibly football agents and their lawyers. I’m assuming here that in the mean time things don’t escalate and none of the stupid and greedy politicians are hung from any lampposts or given a burning tyre neck tie to wear. If that happens it’ll be too late for anything and we’ll end up with Simon Cowel as the Prime Minister, Jordan as Chancellor and Joanna Lumley usurping the queen - it could work.
Posted by impossible songs at 10:56 PM
Email ThisBlogThis!Share to TwitterShare to FacebookShare to Pinterest