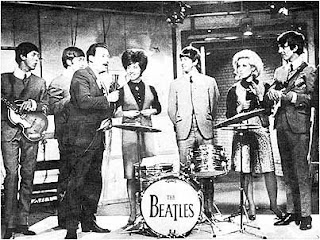 Another crammed weekend nearly over. Week -1 for Lost Series 6 being another way of course to describe last seven non-halcyon days. Aberdeen was visited on Friday and various children and grandchildren gleefully encountered, games played, lunches lunched and science centres explored and almost destroyed. Too many cakes may have been eaten in the marvellous process.

Today (after yet another win at the football, v the mighty Pittenweem), I came dangerously close to learning how to appreciate and play the ancient game of strategy and territory known as Go. I never will play with or take up those glistening pebbles in gaming anger but I like the idea. Thanks to Mr F and Ms K. for the tuition and the Japanese feast.

Posted by impossible songs at 8:49 PM
Email ThisBlogThis!Share to TwitterShare to FacebookShare to Pinterest