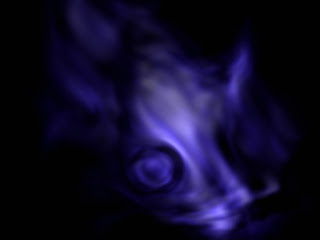 Space fish are caught quite easily, you can use your Sky dish or even simply by using the traditional analogue television ariel. To ensure a good catch first switch off the TV but leave the mains power on (the red light). The power drawn from the network is attractive to the fish, acting as a simple bait. Atmospheric conditions play a vital part, with wispy low cloud and mist making all the difference. Sit quietly in the lounge, preferably on a comfy chair and rub your hands together, slowly but rhythmically. The heat and friction generated combined with the electricity in the TV ariel/dish system will attract the fish. The fish are trapped when they swim low through the cloud and become entangled in the static signals and rising heat, a fatal combination. They are stunned even by the relatively low voltage and fall to the ground. This can take up to half an hour so be patient but look out the window now and then to see what may have dropped by. Then simply go out with an orange B&Q bucket and collect the fish.
Once dead and rendered unattractive the fish (usually the breed “Hokiah”) should be gutted and cleaned and then oven baked in a light cream and mushroom sauce with fresh herbs and Champagne tea leaves. Don’t forget to rustle up a few boiled potatoes, butter and broccoli to go with this, it adds a nice touch of colour which may stimulate the diners appetite and gastric juices. Serve on white dishes with warm red wine set at the temperature of a Tuscany study. Keep the dessert simple, rhubarb and banana crumble or a white chocolate Magnum. With luck more fish will cooperate and appear tomorrow and you can either repeat today’s recipe, give them to a friend who likes fish or stick them in the freezer in those nice bags you get. The season for catches and experimentation is devilishly short so make the most. The astrology pages often hint strongly as when the season may begin. it’s all a matter of taste, headgear and quick response.
Then there are the giants who steal your socks, only if you are bad of course. The degrees of “badness” and the relative levels of such punishments are as yet fully undefined. Something of a moral minefield yet to be explored.
Posted by impossible songs at 9:52 PM
Email ThisBlogThis!Share to TwitterShare to FacebookShare to Pinterest