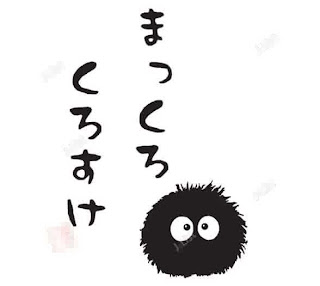 Never easy to complete the domestic chores in the rain. The soot has now become a weather based routine and will therefore be absorbed into the existing regime. Why worry about small, flying pieces of carbon. What possible harm could that do unless the molecules decided to form themselves into some sort of footprint and then stamp all across the face of the planet.

It does my heart good to hear that our careful and diligent politicians have respectfully been using their precious allowances to boost the ailing economy with a series of wild and random purchases. This selfless action may well save SS Great Britain and the RBS from sinking under the present incessant onslaught from Chinese made torpedoes and fire crackers. It’s disappointing to see that the popular press has so far gotten the wrong end of the stick and corrupted the details of their measured spending sprees and generous philanthropism towards the small businesses of Britain. Meanwhile they’ve been free to invest the full weight of their salaries in Camen Island savings schemes and West African gun running cartels. Good for them, we need more politicians not less, let’s elect some more in June and send them of to Stuttgart or Belgium where they can rack up some more ridiculous claims.

A treatment for Toe Friction: As the weather warms and the non natural fibres in socks fight back so the incidences of toe friction increase. This happens when your toes vibrate very quickly and rub together creating the aforementioned toe friction. This generates heat which damages the delicate skin surface leading to a degree of redness and rawness appearing. This can hurt a bit unless corrective action is taken quickly. Remove all footwear and retire to a wild and lonely place where your feet can relax, free from their cramped and panic attack inducing location in dark socks and questionable shoes from the last century. They will then adsorb and adjust to the ambient temperature and stop looking like elongated bits of boiled beetroot. A modicum of Savlon squeezed out and applied to the areas with your index finger may also quicken this effect. I believe that the Scottish Government are planning to put a helpful pamphlet through every individual’s door (or perhaps every actual door in Scotland), as to whether or not this publication will be about Toe Friction I have no idea.

Martin Clunes was born to play Reginald Perrin as well as a number of other parts and also to do voiceovers for commercials and documentaries. So writes the drama and TV correspondent of the “Sunshine Desserts” newsletter in a blistering piece that also describes in some detail his courageous lifelong battle with toe friction.
Posted by impossible songs at 11:46 AM
Email ThisBlogThis!Share to TwitterShare to FacebookShare to Pinterest