The day we burned all the Christmas cards 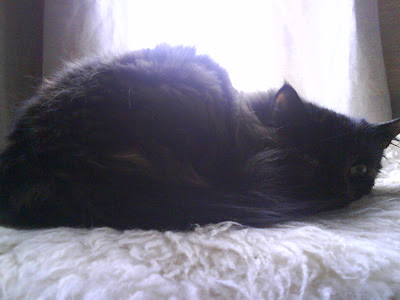 Missie the cat, eyes open, dreams about a warmer world and electric sheep (the directors cut).
That scary card burning and tinsel removal day was yesterday and didn't actually happen by burning or mass destruction. Now we can move on with our lives, unafraid of the Nihilists.

A Counsel of predictable despair.

There's panic on the icy streets, there's no grit and more bad weather on the way, people are outraged etc. etc. The public call for those on community service to come out and clear away the snow, make soup and build bonfires and perform other good deeds within the community, meanwhile local authorities are quizzed as to why the paths and roadways are not in better condition - it's all too much for the common people to take in. Well no, it's January, you live in a screwed up country where you get what you vote/work for (or don't vote/work for) and pay for (or don't as the case may be). If you want your feckin' path cleared then you'll wait a long time for the Magic salt spreading Path Fairy rolling along and don't expect your bulging smelly Christmas bin to be emptied either. As for your precious items due to be recycled, place them in an enormous sack put them outside and forget about them.

It's time to take control!

Learn self sufficiency, survival techniques, squirrel trapping and ice fishing, it's going to be long winter (at least until Wednesday). If you're trembling in your soggy baffies at the prospect of a new ice age then Ray Mears is delivering one to one training sessions on Dave+1 right now and on some similarly, doom laden themed website.

Are you lame enough to admit boredom?

Splinter away the long lonely hours by building a handy and practical extension for your house, Airstream, Mazda Bongo or upright piano...just the thing for the upcoming summer season... 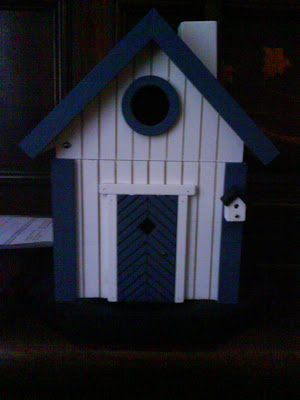