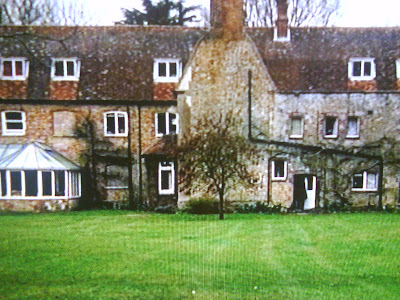 There's a lady who's sure she's got the keys to Headley Grange somewhere at the bottom of her handbag.

It might get loud has now been viewed, paused and digested. The best bits were/are the languid guitar boogie outtakes. First time I've watched a DVD in which the extras are more interesting than the main feature albeit the main feature is good in a fiddly, historical and obviously documentary way. Things of note: That old gent in the black suit, James Page has a solo run through of Kashmir on that black and white Danelectro using DADBAD tuning that will have those guitar values going through the roof. Edge's Gibson Explorer looks fantastic but sounds crap despite being run through what looks like the Son of Big Blue on steroids. Jack White is interesting and enigmatic, wearing lipstick, smoking a fat cigar and driving an old Ford Thunderbird with a small version of himself imprisoned in the boot. He can also sing a decent vocal on an oddly chosen version of "The Weight". It's not a song I'd have expected these three to cover, perhaps there is some geometric explanation based on graphs of their respective careers and the tumbling of rare ivory dice that brought them to that point.

Want a quick and easy recipe for dahl and so use up your surplus lentils but afraid to ask? Here you go.

Homemade spells that use a degree of alliteration are currently being used as trial lyrics in the great lyrics trial. Guilty or not or not even proven, a verdict will be found, as we are in Scotland it may well be not proven.
Posted by impossible songs at 8:12 PM
Email ThisBlogThis!Share to TwitterShare to FacebookShare to Pinterest