Townies in the sticks 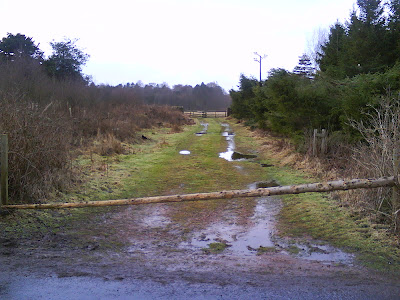 Here's the big, almost horizontal stick, no sign of the townie however.

A day without work today which of course means a day spent and generally misappropriated on other kinds of things that can loosely be described as work. Some useful and stimulating, some however consist of things that happen at the lowly subsistence level: coal, laundry, bird feeding and garbage. In train and in partnership these things conspire to make life with all it's myriad of skin diseases, strange and foreign smells and speech impediments worthwhile for a few moments.

Back in the Obama lovin' ranch I was rediscovering the joys, pitfalls and inconsistencies of bottleneck, resonator guitar work. My steel strung and un-lubricated sonic ambitions know no bounds nor does my secret shepherd's pie recipe. 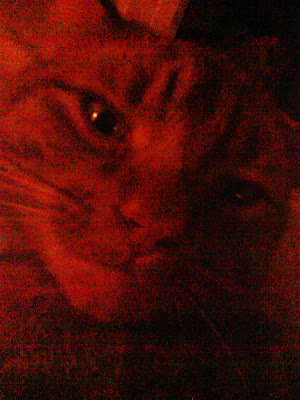 Clint the cat has been having the odd hissy-fit, mostly when confronting wild strays in the cold and dark. He's guarding us against those reprobate and idle cats we warned you about - in his own way. It's the kind of unscripted feline activity you tend to get round these remote and lawless parts.
Posted by impossible songs at 8:01 PM
Email ThisBlogThis!Share to TwitterShare to FacebookShare to Pinterest