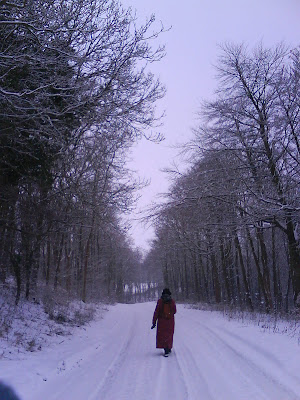 Once in the wardrobe we found many warm and useful coats and hats we could use to shield us from the bitter winds of the Lothians.
It was the day and the year of our Great Lord Aslan XIMMX when I first stumbled into the erect but shoogley IKEA flat pack wardrobe only to discover a land full of frozen shirts, chilled socks and icy and strangely stiff pants. Then, almost at once I noticed a subtle change in the air, distant birdsong and the drip, drip, dripping outside of local, friendly icicles. The great and wise forecasters at the BBC, the MET office and the local Mosque had failed to pass the message onto me that the big chill was now almost over, only a final word from Mr Gorgon "Everything we can" Brown was needed to end the crisis. Soon all my clothing would be wearable and bearable once again and I would no longer need to survive and battle on in the snowy land of "Nah, no me". Once again I'd be able to confidently and publicly declare that Global Warming is real and that by 2030 we will be fighting the flies on the beaches and applying liberal amounts of factor 99 sunscreen just to open the front door. So thanks and good luck to all the experts everywhere, the media and the government for bombarding us once again with useless, contradictory, ill informed and down right ignorant information. Once I get my clothes thawed out it's back to the animal entrails and divine sticks methods of forecasting for me and I'm stocking up on diesel and condensed milk in preparation for the next climate-based crisis. 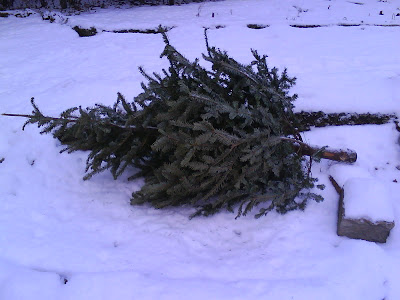 Aslan says that Christmas is over for good now that the White Queen has gone, so we bunged the tree and few of the dwarfs into the frozen fire pit as part of the preparations for the Easter BBQ.
Posted by impossible songs at 2:52 PM
Email ThisBlogThis!Share to TwitterShare to FacebookShare to Pinterest