We are all suspects 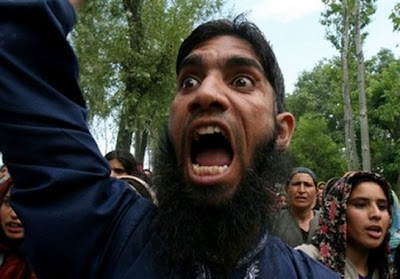 Easy to spot, hard to catch and impossible to talk about without sounding like a fascist maniac yourself.
New year, same shit. Radicalised lunatics of whatever religion or political persuasion are hell bent on blowing our aeroplanes from the sky so we must stop them. To do this we'll carry out a review and then let's body scan, anally probe and x-ray everybody with the latest high tech equipment we can get whatever the cost. We'll have it operated by more bored and ignorant personnel who should be looking for the sweaty bomber stereotype but are busy rummaging in old ladies handbags and asking exhausted business travellers to remove their shoes and belts. In order to avoid this bizarre and pointless theatre you'll find me either at home or on the motorway network for most of 2010.

Avatar is a great piece of unmissable cinema but with a plodding and predictable plot, or so I thought. Having slept on it and had some cheesy pasta I'm finally deluded enough to think that I've got James Cameron's point and that is quite simply that nothing changes - a counsel of abject despair. Imperialist bully boy tactics have been with us and used for thousands of years and will continue to prevail. Time, experience and sophisticated technology don't change human behaviour one iota (the basic human plan being to kill the natives, hunt the buffalo and then strip mine everything and build a casino on the spoil) or even a fraction of an iota. What is an iota anyway? 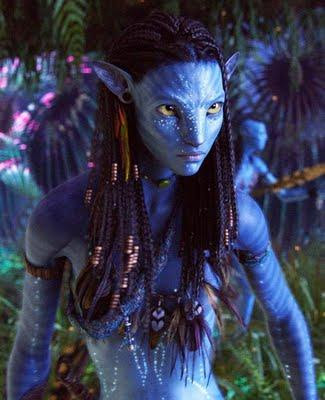 Ok, so you're ten feet tall and cute and you won out this time but in the even more expensive sequel (AV2) don't expect to kick any more military ass - you're about to get nuked.
Posted by impossible songs at 10:11 AM
Email ThisBlogThis!Share to TwitterShare to FacebookShare to Pinterest