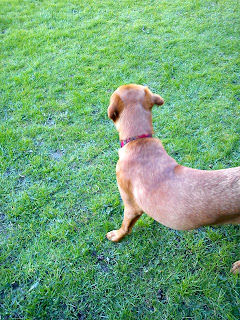 It was nice that whilst I was in Aberdeen yesterday wrestling with the young 'uns, eating birthday cake and walking dogs the Aberdeen football team were down in Dunfermline. There they were soundly beaten by the mighty Pars in what might be described as an upset or more accurately our first home win of the season. On the road home I celebrated the event with a double cheeseburger at the traveller's haven that is Forfar MacDonald's. Sitting in there with small children we were subjected to some more of the master strategy of Olympic marketing. Each happy meal now contains a stylish pedometer with which you can measure your fitness (or "rainbow points creation" according to the instructions). If you shake it rapidly above your head whilst sitting eating you also get a very good score. So cooped up then in a MacD's in Angus at nine o'clock on a Saturday night we can't escape the long bony finger of long bony fingerland promotion, a finger that, if sucked, would no doubt taste like chicken nuggets. At least we're all in this together, perhaps even willingly.
Posted by impossible songs at 1:28 PM
Email ThisBlogThis!Share to TwitterShare to FacebookShare to Pinterest