Down on the windfarm 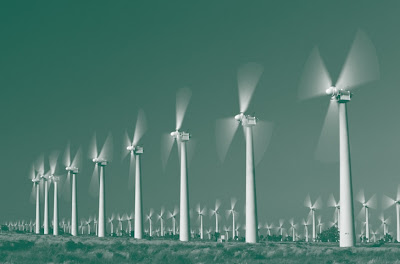 Industrial monstrosities. I don’t much care for wind farms and I don’t much care for Donald Trump. Renewable energy needs a bit more work and less of a Heath Robinson approach, too much of it seems like bad science and awkward political desperation – so any idea is better than no idea. Let's (in Scotland) try and be good at something, let's recover a little national pride now that we produce hew-haw in the way of manufacturing so let's catch the wind via Chinese engineering and Korean investment. That'll restore our stubborn tartan pride all right. So we'll just get behind the first thing to come along that looks like a free lunch (no respectable Fifer would miss out on that), so it has to be renewables but we'll invest in them before they are actually proven or fully understood, we'll either be at the cutting edge or the cliff edge. It's not a great modus operandi and it's an impulsive ploy that panders to the assumed will of a baffled and to some extent absent electorate and a hungry for green anything media. I'm not saying we should play it safe but what are we really good at? What's significant in our history? We need to capitalise on three things in this geologically stable, wet and tsunami proof little land; Steam (burn our crap), hydro (seize the rain) and atomic (have a fallback).
Posted by impossible songs at 5:06 PM
Email ThisBlogThis!Share to TwitterShare to FacebookShare to Pinterest