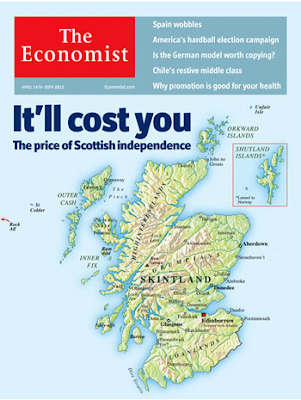 I haven't even read the article(s) but already I'm bristling in that about to be insulted way you sometimes get when some incomprehensible physical threat or piece of abuse looks to be headed your way. Of course I can't be bothered with the Nationalists nor can I stand the current Tory Coalition and to top that I've little or no respect for much of the spin and toadying that comes from the written and broadcast media sludge factory. It all sucks too much and the truth, if it's out there, somewhere beyond mindless rhetoric and twisted opinion is pretty hard to find. I'm not alone in feeling this I'm sure, it's the constant frustration of the "common man" and it can't quite be articulated without the use of some choice swear words none of which seem crude or dirty enough to describe the pathetic posturing and misrepresentation that represents so much of politics and power broking. The squeezed middle isn't just getting squeezed financially, it's an emotional, intellectual  and cultural rollering and bashing we're in for.

A clear voice, ringing with just a little vision and common sense and a smattering of balance would make a welcome change - so only a matter of time before some extreme lunatic and simplistic party fills the void I reckon otherwise it'll be riots and petrol bombs.  But be of good cheer for Wee Fat Eck has already launched a broadside in return and the slippery slope towards the referendum and it's consequences is now steeper and greasier than ever. Things are going to get pretty messy. As for me I'm finding some solace in humming the tune "with or without you", it's the only way I can even begin to try to understand our dysfunctional, conflicted, awkward but rightful place within the UK

Posted by impossible songs at 2:37 PM
Email ThisBlogThis!Share to TwitterShare to FacebookShare to Pinterest