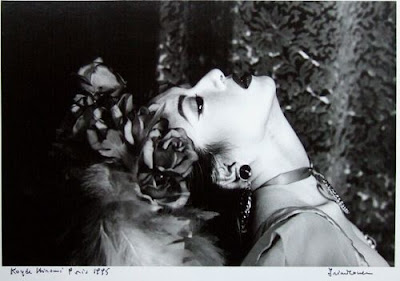 I heard this phrase last night as a part of a trailer for the show “Medium”, a show I’m highly unlikely ever to watch, however something in the trailer recipe worked because the phrase has stuck. All I really have to do is find somewhere or something in which to use it. It also set me thinking as to what “Dangerous fixations and unhealthy fascinations” I might have. This could see a return to another stupid “things I like” list or it could be a starting point for something more sinister and darker altogether. You might also expect to see it, signed in neon in the underbelly of Gotham City or dripping with water down in the lower reaches of the Bladerunner set. It’s comic strip stuff, sixties Detective comics, with blue and purple inks, yellow searchlights and headlamps and red lipstick that has that white, uncoloured sparkle.

It could sit nicely in Film Noir, cheap and roughly cut, sweaty and unforgiving, a self centred and punishing description of some monochrome lifestyle, spattered on the edge of the edge itself, a cliché for the exhausted genre, framing it nicely. Then it came to me, epiphany, revelation or whatever you may want to call it, my own, best dangerous fixation and unhealthy fascination - scallops . They just made it, edging into the number one spot in front of onion bhajis and the questionable but satisfying practice of numbing mouth ulcers by gargling with mouthwash. There is of course room now for free-fall parachuting, train spotting, waterfall jumping, daytime TV and shouting out rude things at traffic wardens and Conservative candidates and smartly running away.

So exorcising these primitive thought processes has cured/relieved/ unleashed/ crushed/ illuminated/ motivated / spiritualised/ depressed me up to a point. I’m now looking forward to the next exploratory phase generated by the trailer scriptwriters, sometime next week between 9 and 11 on the Living Channel.
Posted by impossible songs at 7:25 PM
Email ThisBlogThis!Share to TwitterShare to FacebookShare to Pinterest