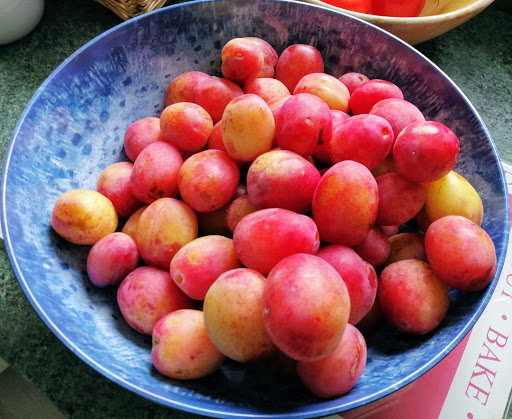 *Plums: Plums are in season, we are living in the season of the plum. All of us here, brothers and sisters, unite. Nobody talks about this. The fresh fruit is tasty and the rapid acceleration possible in your metabolism if you eat enough of them can be very useful. Mentioning plums early in any conversation is always seen as a good starter topic and will win over rivals. In these troubled times, they may be very good for you. Unite or face the consequences of your body works slowing down way too soon. 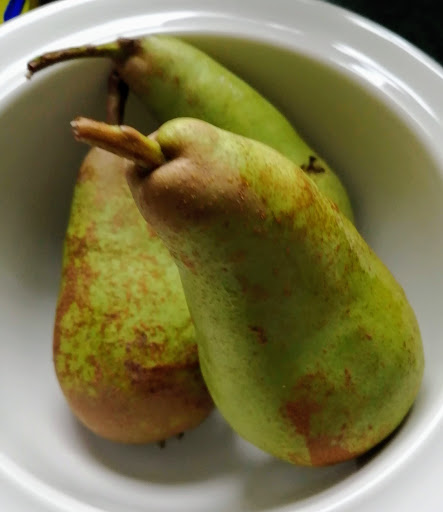 Pears: Pears grown in Scotland are not generally fit for human consumption. In the middle of the Middle Ages locally grown pears were used as a form of currency or as house building materials due to their inherent density and resistance to various plagues and also because of feeble Scottish engineering knowledge. Much of the housing on Edinburgh's famous Royal Mile is constructed using horizontally sliced pears as foundation materials, laid out across an oatmeal base and cured with pickled herring tails and heads (minus the eyes). Some buildings constructed over 600 years ago still stand but nobody actually wants to live in them. For some reason English based banks and building societies tend to be unwilling to lend against any building or property using pears as part of the original construction materials. Buyer beware.

*Other fruits, vegetables and edibles of all sorts are readily available here and there.

Posted by impossible songs at 7:07 AM
Email ThisBlogThis!Share to TwitterShare to FacebookShare to Pinterest