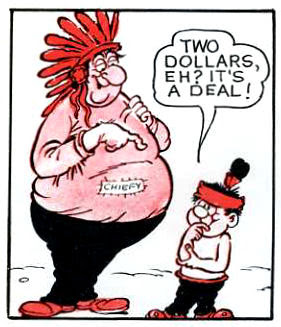 And so it came to pass that the rain fell, the wind blew, the wind blew a bit more and it beat upon the little plum tree and the plum tree was laden with as yet unripe fruit but within that still forming fruit there was a mighty weight. A great weight, a weight too mighty and heavy for the branches of the plum tree and so it came to pass that the branches of the tree collapsed and that was that. Then the pretty lady of the house looked out upon the storm and general stramash and saw the tree in grave distress so she sent a poor shepherd chap out to fix the tree at least temporarily so that the delicious fruits could get the chance to ripen and be picked and be turned via a mysterious and messy process into chutney. So the brave young man obtained a 2” x 4” baton from the swift and toad infested coal cellar and by cunning design and engineering involving a convenient piece of nearby garden furniture placed the tree and her part formed fruit into a safe and tranquil situation, for the time being. Next it's the turn of the apple tree I suspect, years of poor diet, exposure to the elements and random fruit picking to blame.

Yes I did watch the season finale of Game of Thrones last night and it did not disappoint. It's been a clever piece of writing and TV that has managed to build up and convincingly portray a set of characters and fantasy situations across what might have easily been a ludicrous and laughable plot line. Every episode has been strong, every element of the production and the design has maintained an weird and unnerving sense of realism and grit that elevates it beyond fairytale. Sword and sorcery epics usually leave me a cold or at at best absorbed in effects rather than the people and the story, this show has been different. GoT has managed to convince me that there is life after Lord of the Rings and that the genre is perfectly adaptable to an adult audience if you can get the key elements right and use a light touch on the fantasy levers. Looking forward to the new series, now. 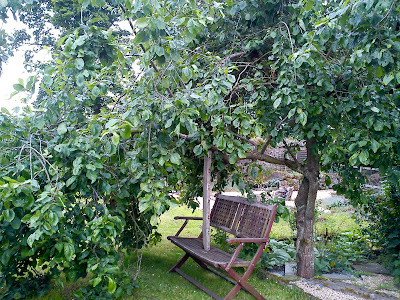 Plum tree with a supporting cast of various odd bits of odd things.
Posted by impossible songs at 9:24 PM
Email ThisBlogThis!Share to TwitterShare to FacebookShare to Pinterest