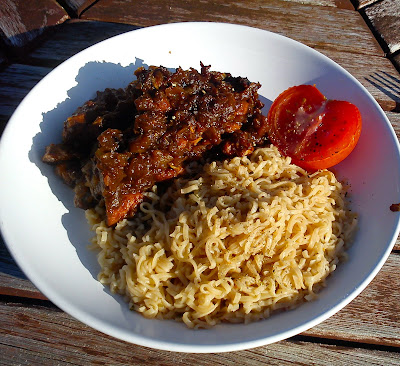 Today I heard that soon it will be legal to stab burglars, presumably not at the Asda cheese counter or in the Odeon queue however. One question, are baseball bats and pepper mills allowed as a part of the same legislation or is it just kitchen knives? Then I wondered how Google Earth deals with cloudy places, how many takes does it take to get a take? Then I read a little about journalist Johann Hari and his failure to tell the truth and his grim internal struggle with the tyranny of the "good lie" (not quite sure where the inverted commas belong here, on each word or just one). Hari sounds like he's lost it, confused between substance, style and his own arrogant need to make a point regardless of the nature of the interview. He thinks he knows best and he might be right, he's more likely to be wrong though. Then the sunny evening demanded that I venture outside, kick start the mower and prune the extensive lawns and anti-gravity hanging gardens. All done eventually, the brown bins are empties on 1st July. Then shrimp based noodles, sticky chicken and a submarine encounter on TV followed by extensive exposure to large amounts of invigorating yogurt selections. 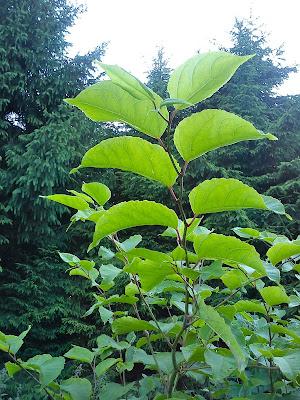 Knotweed returns, weed police on their way any day now, London 2012 has already spent £10m to move them across the border. A kindly gift from the beleaguered Olympic Team so far away in the balmy south.
Posted by impossible songs at 7:56 PM
Email ThisBlogThis!Share to TwitterShare to FacebookShare to Pinterest