Looking for Heaven in the wrong places 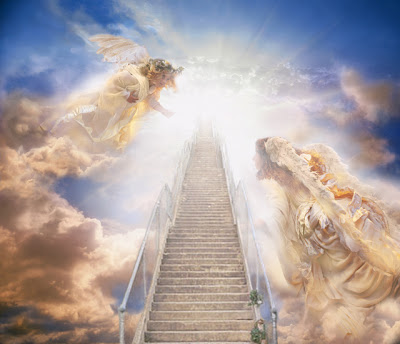 A few little things that came to me today, out of the blue if you will or from a place called nowhere (where paradoxically they were headed) caught and captured and so on:

Keep looking out for the pieces of something that might prove useful. The exact purpose and the eventual outcome of the exercise may be unclear at the moment of finding.

If you sit and stare and try to construct sentences it can take quite a long time to get anywhere, you may get nowhere but you could produce a book eventually.

Gazing out of the average window is unlikely to teach you anything.

If you want to learn wisdom then listen carefully to what other people are saying. Don’t let odd thoughts and distractions cloud the process.

If you are way too conscious of your empty stomach or your dry throat, concentration will prove difficult.

Always observe the use-by date but ask yourself “do I have to use this?”

Regularly drive a car from the previous century.

If you are wondering “why have I no true friends and seem to be disconnected from the modern world?” - it's because you're an unfriendly dickhead.

Every so often a cat will sneak into your bedroom, sleep beside you and then leave before you are awake. It's plaintive whispers will be audible to your subconscious, it's ticklish whiskers will not.

Tight or uncomfortable clothing will not help, best to rid yourself of these things.

Always look down when in a public toilet.

Always look up when walking in a city.

Always look ahead when riding horse or a bicycle. No need to pedal the horse however.

Read a book about Keith Richards whilst listening to Let it Bleed.

Knowing the deep relief of getting a wood splinter out of your finger, when the skin is red and inflamed, the splinter is brown and your tether has ended.

Don't ever brag about food you've bought from petrol stations.

Make friends with an animal but be aware that it may quite unwittingly break your heart at some point in the future.

Observe the various boiling points of foodstuff and liquids and what happens shortly thereafter. Turn down the heat if appropriate.

It's good to have a job, better to have a career and best to have an independent income. A pension is also useful.

Go outside now and then.

When life hands you a lemon then it clearly failed to read correctly the request you made for a melon – that's because it's dyslexic.

Nobody understands conceptual art, don't worry about it.

If you are wondering where exactly the “cloud” is then I'm here to tell that it was a few words ago in inverted commas in this very sentence. That's all you need to know.

Regardless of their actual belief systems religious people generally consider themselves to be more noble, moral and upright than others. This is a seldom the case however.

Say hello to an Irishman. It'll make his day.

In the night your imagination is available.

Retain a childish fascination for the top most contents of waste bins and magazine racks.

Stand alone at the far end of the bar and enjoy your pint of beer in peace.

There are no racoons in Scotland because of prohibitively high travel costs.

When you walk in the forrest respect the silence of the great and ancient trees; avoid crunching on sticks or fallen branches, stumbling on loose stones, stamping on wild flowers or seedlings or stepping in dog shit.

The spellcheck is never, truly complete.

Most organisations (however large or small) are fundamentally broken, those that run them often fail to see this or bother to try to correct it. Be aware an keep your expectations realistic.

Looking sharp isn't the same as being edgy.

When going through airport security practice your most pissed off look on anybody within your field of vision. This doesn't get you through any quicker but God will notice and might eventually do something.

What's the difference between a buffalo and a bison? You can't wash your socks in a buffalo.

Posted by impossible songs at 9:23 PM
Email ThisBlogThis!Share to TwitterShare to FacebookShare to Pinterest