At the Academey of Speling Mistackes 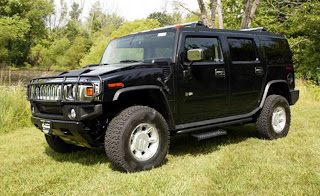 No 69 in the series "Pointless Vehicles parked on grass".
Crow conflict

I'm puzzled by the apparent current popularity of crows amongst the rich and famous. It seems Imelda May had a pet crow that she raised from a chick, but couldn't look after so she gave it to Jeff Beck. Eh? What did he do with it, put it in his hair? I feel my old crow paranoia returning following on from the last skirmish in the legendary "Crow Wars of Parkhead". Then again perhaps I should be out looking for rejected crowlings and offering them sanctuary as some kind of Karmic gesture. It's all possible.

More confessions: I've watched Citizen Kane at least four times but I just cannot like it, the plot, the corny backdrops, the dialogue or anything. I still prefer Viva Maria or Easy Rider but I've still happily argued that CK was the best film ever for many years whether drunk or sober.

Over the years I've listened to and owned four Bob Dylan albums and I liked them all but that was quite enough thank you. I do like his theme time radio.

When my dad said that Jimi Hendrix was an "ugly, noisy, long-haired idiot" when he first appeared in 1967 I agreed with him. About a week before Jimi died I changed my mind and bought Electric Ladyland for £1.00 (my mum collected it for me from a record shop in Dunfermline).

I didn't bother watching Neil Armstrong stepping onto the moon. I was at Army Cadet camp and thought the space race thing was all a bit dull. I lay on a bunk smoking a fag and reading a dirty paperback instead.
Posted by impossible songs at 9:03 PM
Email ThisBlogThis!Share to TwitterShare to FacebookShare to Pinterest