Escaping the world of solutions 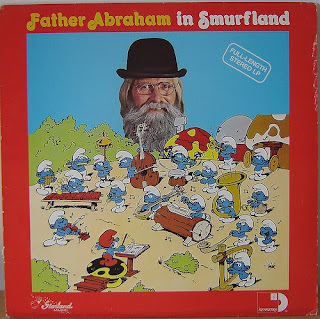 They burn brightly, they light the darkness and show you the way. You switch them off and on and they burn and glow, they push the darkness in on itself and make you feel safe. You squeeze the switch and fall asleep, peace and a dark blanket overcomes you and smothers all around you in a warm void of dream and recovery. Then the day comes when they are burned out, dead and useless and replacement needed. You either stay in the dark or seek out a new one. It screws or clips or snaps into place and you are connected to the world of light once more. Light is good, bulbs show us the way but seeing all or thinking you see all isn’t everything, the ways of the dark carry hidden rewards and favours. Senses tingles as you step out, squeeze the switch to off, hear the click and explore these same surroundings for the first time.

Escaping the world of solutions.

For sport and world financial gain I need to attempt to write a long and twisting screenplay set in some future post apocalyptic society, all in a blasted landscape about a lost child who arrives as if from nowhere and is destined to bring peace and progress to the battered and struggling population. This can only happen once he/she has performed a series of elaborate trials that are to be revealed to him/her as he/she journeys across the remains of the surface of the world. Along the way encountering mutants, UFOs, villains, heroes and freaks, extreme weather, aliens, earthquakes and crossword puzzles but learning and overcoming in each trial until the final revelation is given in the form of a whispered phrase passed on by the tiny five toed frog (Bob) who lives at the foot of the Himalayas.

Once Bob has passed the secret on he rolls over and dies in the arms of his frog lover Bobette. She carries his body into a the warm waters of a deep pool , the ripples caused by her tongue touching the water carry him away and he floats into a fine mist and his body disappears. The child is distraught at this loss and cries uncontrollably, unable to reconcile the gift of the knowledge and the loss of a small frog. Time passes and the child recovers, grows and retains the revelation by writing it onto the inside of a small matchbox hidden in a deep pocket in a magic cloak that once belonged to an actual magician.

Now that the revelation has been given out, the information on the matchbox is then passed onto Abraham one frosty night in the foothills following a drunken game of arm wrestling and a spicy meal. Abraham is the lost monk of the East who has accompanied the child throughout the journey and shared in the hardship of the travel all the time carrying an old stick. Consumed in a fit of unusual jealousy Abraham then kills the child, steals the matchbox and armed with the new knowledge heads to the Middle East where, after gathering the remains of the three main races of man together he founds three new religions, one of which he bequests to each of the races, all whilst sitting under a golden palm tree drinking the holy milk of a coconut.

The three races start their religions well enough and separate but after ten years become exasperated by their differences (all of which are trivial though to them significant) and go to war against one another. Diplomatic solutions fail and Abraham is called in from the desert to help to resolve the conflict. Abraham tries to broker a fresh peace deal based around compromises in public transport, musical policies and the amount of “proper” chapters in their holy books but it all fails and the conflict continues. He retires to the desert to experiment on cosmetics and treacle whilst the religious wars rage on. Eventually the three races destroy each other thanks to their newly acquired weapons of mass destruction, mostly made from treacle and cosmetics. Into this post-post apocalyptic world a lost child arrives as if from nowhere, one destined to bring peace…

The Bees, the Byrds and the Honeycombs. Miles Davis, Camera Obscura and Sparks.

Variations on the theme of yoghurt and leftover pasta.
Small and disappointing muffins that were BOGOF, (always a mistake).
Gatorade still holding it’s own against stiff competition from tap water, ordinary Coke and blueberry Ribena.

Shaving (the face): The eternal conflict remains, do it in the shower, save time and water but risk cuts and missed bits or in the wash basin through a steamy mirror whilst dripping in the cold bathroom air.

Posted by impossible songs at 9:06 PM
Email ThisBlogThis!Share to TwitterShare to FacebookShare to Pinterest