We seed the green planet 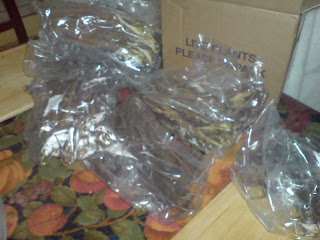 It was just a normal day, one like any other, when a space ship crash landed in the back garden spilling out it's precious cargo of seeds and young plants, each ready to burst and grow and recolonise the planet. Did I say space ship? No it was the postman, easy to mix them up. From another planet? Well not really but they looked kind of far out and "engineered" in their shiny vacuum packs and if left to grow and spread who knows where they will end. Things like to grow and spread, think of thistles, litter, dandelions, the BNP, Islam and nationalism. Then there's optimism, mass consciousness, vacuous fashion addictions and shopping, R&B and bad behaviour in the streets after midnight.

We shall spread this growth as if the world depended on it, as it might. The rain forest failed us in 2004 or there abouts when it accidentally produced more Co2 than it took in, a bit like Grangemouth. A few more years of this and we'll all be wearing face masks, anti-bee sting hats and our eyes will be gritty. In the mean time I refuse to support the various groups of professional and career anarchists that threaten to disrupt the city next week. Why don't they just get jobs in the city and bring the whole thing down from the inside or has that already been tried?

Posted by impossible songs at 7:30 PM
Email ThisBlogThis!Share to TwitterShare to FacebookShare to Pinterest