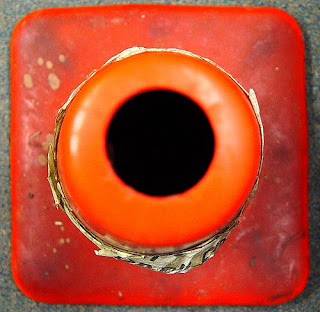 The secret life of traffic.

A large part of the afternoon was spent sitting in a traffic jam on the A90 heading home from a vibrant few hours shopping in Craigleith's sunny environs. A fairly serious looking shunt had occurred where the A90 meets the M9 and the usual grumpy queues formed up behind. What struck me was that there were many convertibles in the line with their tops down all carrying large items in the back, things that would never fit in with the top up. Do convertible owners wait until the sun shines and in this uncertain climate rush out to buy the huge flat screen TVs, bikes, plants and wooden front doors (in a Saab) that I saw today? I guess they must, I salute their bravery, their deference to the weather the rest of the year and their courage in withstanding the aerodynamic stresses that these ungainly loads must place on their cars and their foreheads.

Things that are not true:

Dogs can sniff out cancer - though many seem well practiced enough in checking for the testicular variety.

The angle at which a car driver's seat sits at does not correspond to his/her IQ.

Maggots are a useful way to cure a festering wound.

A bargain is a bargain at any price.

Things that are good for you are not what you fancy eating.

Obama can speak without an autocue but not quite so eloquently.

I'm going to win the Trumper/Barclay Fantasy Formula 1 tournament for 2009/2010.

Why not try M&S's wild strawberry and clotted cream milk drink? It kept me alive and almost sane during the above mentioned jam, caught the attention of three young ladies in an Audi, was nearly stolen by a passing motorcyclist and there is no number four.
Posted by impossible songs at 6:00 PM
Email ThisBlogThis!Share to TwitterShare to FacebookShare to Pinterest