Chuck Berry had a word for it 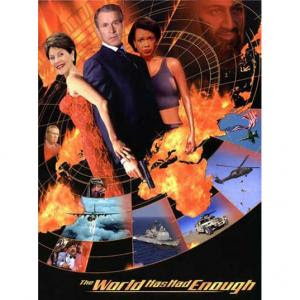 The truth is we can never quite get enough of anything, good or bad; as one Mighty Bush checks out, up springs another that sets itself alight and starts talking to you about the "Promised Land".
Nice to hear Gordon Brown admit that the current worldwide financial crisis is beyond the understanding and experience of any of the key players. That might well mean we get a little less "wisdom" imparted on us from 25 year old economics graduates and fast stream bond brokers who think that they shouldn't stir from bed for less than £100k a month. Perhaps Robert Peston will also shut his trap and curtail his published works of doom laden rambles and allow the big boys to fix things (by experimental means of course)out of sight of the hysterical mass media glare.

While the world passes by I will continue to build better bowls of spicy mince dishes, fight against the cold with coal fired heating systems, plunge into pools of icy cold lyrics and sparse punctuation, tell lies on Twitter, Facebook, Bookface, Arseface, Mr Big Blog and Tweety Pie, detune untuned guitars, iron my socks, consume copious amounts of yogurt, quaff spicy vitamins and minerals, marvel at each lost episode of Lost, explore the bigger plan and curl up in a snug duvet whilst keeping an eye on the treeline.

It was a bloody shock, the blood almost ran back into my frozen feet. Picture if you will a Baltic football pitch in the heights of Kelty, snell (?) winds frae the east freezing oor lugs and nethers, very unforgiving on a Sunday morning. I look over to the misty green glow that is the distant, ancient conurbation of Burntisland. High above in cloud and cold hovers an eerie amber light, twirling with queer white flashes like a drunken majorette in a Fife gala parade. I watch, my jaw dropping and my blood almost curdling (too cold to change in reality). The flying beast hovers over the ex-home of aluminium looking for some innocent to abduct and study, possibly on their way back from the Coop armed only with a Sunday Mail, a pint of milk and 16 paracetamol. It dipped, it dived and it was gone in an instant. Time stood still and somewhere in Burntisland milk spills white chill into the gutter and Glaswegian newsprint twaddle flaps alone down an alley, unread. Oh yeah.

Hard to read as presented but a good example of early Broon type lateral thinking. Good man Gordy!
Posted by impossible songs at 2:29 PM
Email ThisBlogThis!Share to TwitterShare to FacebookShare to Pinterest