I don't really care for music do I? 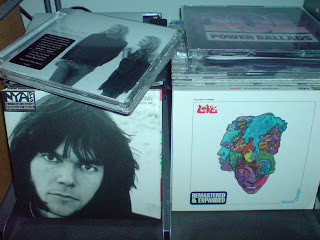 Now that I've found Spotify and a wealth of free music I find that ubuntu (Linux) won't support it and I'm not geek enough to figure out the unix codes needed to bridge the unbridgeable gap. I say this despite spending two years as a systems guy working on a unix system in the early nineties. I did drink Coke straight from the can, read newspapers and had an actual Walkman in those un-networked and dark days. I have forgotten more than I can remember or is it the other way around or have things just changed beyond my grasp and recognition anyway.

Sometimes it's good to just see yourself sitting on this globe and allowing it to spin you around apparently slowly while you suck a nice stalk of dry grass. Meanwhile the ever present threat of a new laptop, huge unmanageable debt and a diet of Pot Noodles and Loch Fyne oysters looms large.

The dilemma of whether or not to Twitter or Facebook or ping or pong or micro-blog whilst snowboarding and drinking a latte remains also hard to resolve. At least we're back to writing songs and rediscovering a few that missed the boat and a few more that are stuck as rough but recoverable mixes.Progress.
Posted by impossible songs at 5:29 PM
Email ThisBlogThis!Share to TwitterShare to FacebookShare to Pinterest